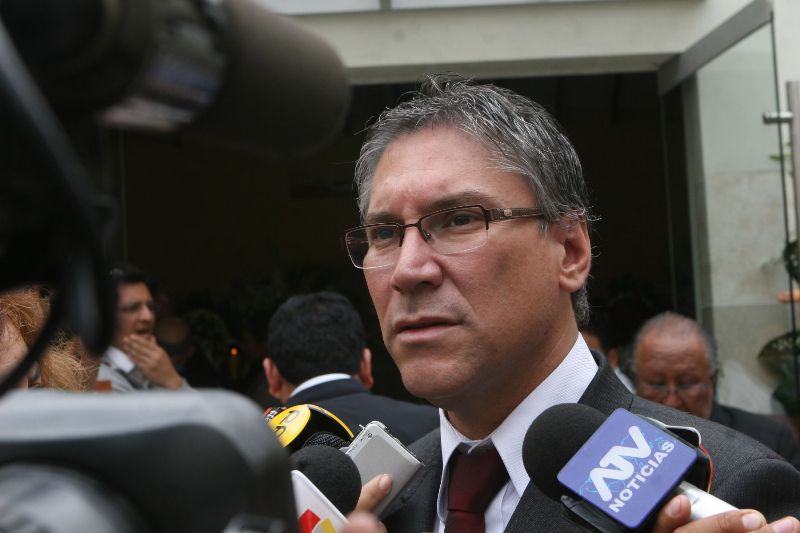 Former congressman and justice minister Aurelio Pastor was sentenced to four years in prison on Friday for influence peddling.

“I believe that this sentence is not just unfair but also absurd. A lawyer is being punished for simply doing his job. All this time I have had specialists analyze the conversation with Mrs. De La Cruz. We have a report from Lima’s bar association that confirms that what happened are normal acts exercised in a lawyer’s job. There is no crime here,” Pastor said in front of the courthouse this morning. “There was political pressure here. No doubt, from the government. President Humala’s government wants to have an aprista minister in jail.”

In the recordings Pastor refers to another provincial mayor who he helped reinstate. He also mentioned interest in helping a friend’s company win a $14 million water project contract in De La Cruz’s Tocache province.