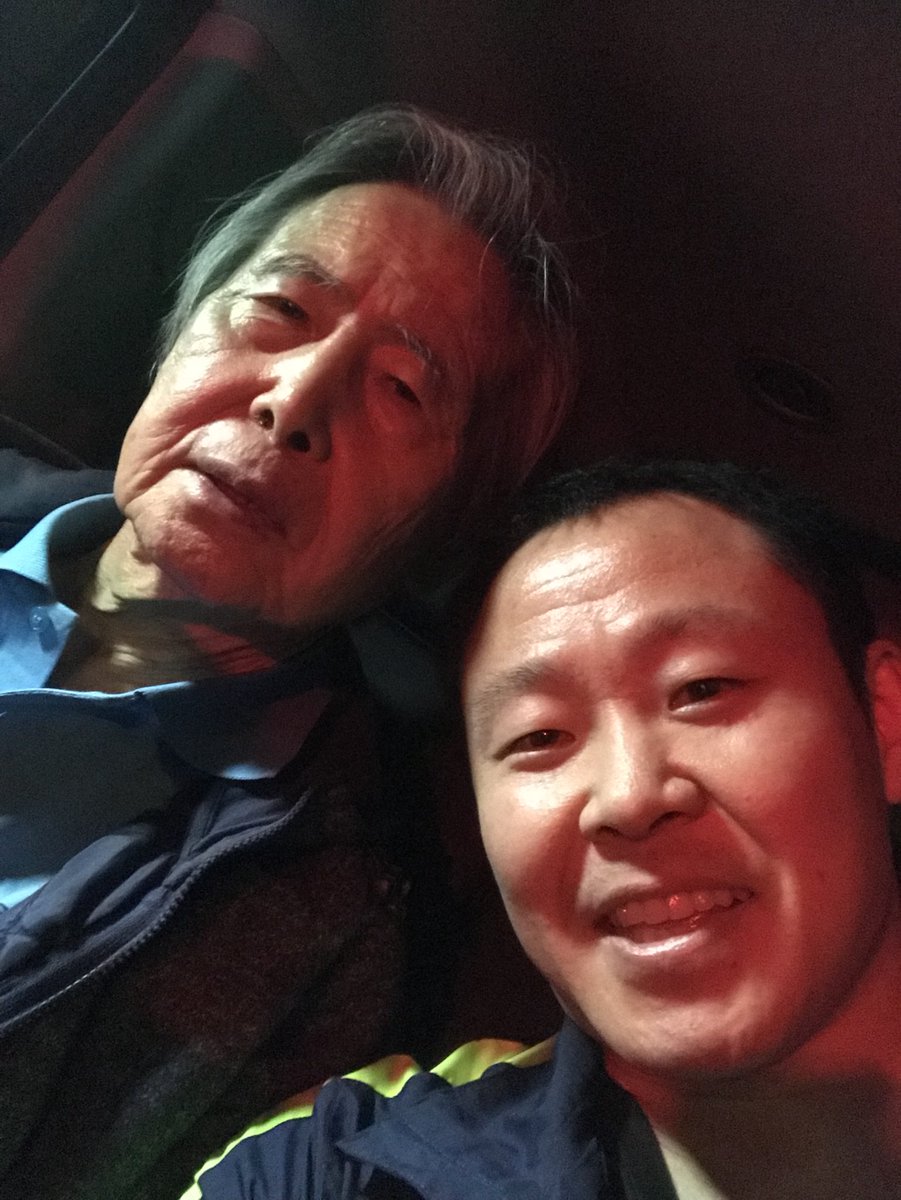 Former president Alberto Fujimori has now left hospital following a presidential pardon which has been met with angry protests.

The 79-year-old, who had previously been serving a 25-year sentence for corruption and human rights abuses, was seen leaving a hospital in Lima.

He waved to the media and his son posted a pic of the two on Twitter. His doctor said it was “to the joy of many Peruvians” that he was able to walk free.

President PPK granted Fujimori a pardon on medical grounds after he escaped impeachment. PPK was accused of corruption and faced being removed from office but he was allowed to stay in office following a lengthy debate in congress. Some have claimed PPK made a deal with the opposition not to impeach him in exchange for the release of Fujimori.

The release of Fujimori has been met with fierce protests, with thousands taking to the streets to call for the ex-president to serve his sentence in full. Police had to use force – including using tear gas – to quell the protests. Fujimori, who served as president from 1990 to 2000, was sentenced in 2009 for graft and human rights abuses, which included authorising death squad killings.

United Nations experts have said the pardon is a “slap in the face” for his victims. A group of famous Peruvian writers condemned the decision. Fujimori’s former party, the right-wing Popular Force (FP), is led by his daughter, Keiko Fujimori.