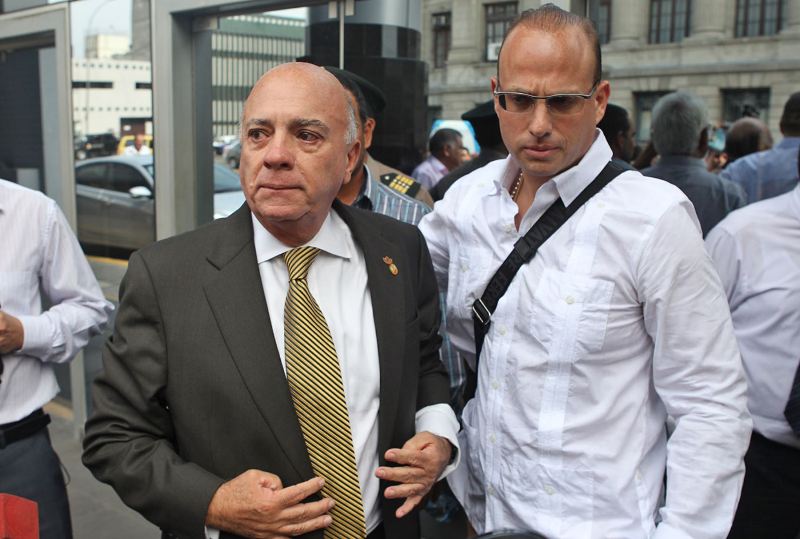 A high-level corruption scandal which started over seven years ago in Peru ended today when a judge absolved all the officials involved.

In October 2008 a Peruvian news program broadcast audio recordings of Alberto Quimper, an official at the state oil regulator Perupetro, and Romulo Leon, a lobbyist and former Cabinet minister during Alan Garcia’s first term as president. Quimper and Leon were allegedly discussing how to steer the bidding for five oil licenses to Leon’s client, Norwegian firm Discover Petroleum.

Mining and energy minister Juan Valdivia resigned the day after broadcast in a scandal which ultimately brought down Garcia’s government with the resignation of Cabinet chief Jorge del Castillo. Leon served 232 days in jail before being placed on house arrest. Quimper was freed after three years in prison without a trial until a judge ordered him freed and Leon taken off house arrest in July 2012.

The judge wrote that the prosecution had failed to prove that any of the defendants received direct bribes or exerted influence over the final decision to award the licenses to Discover Petroleum.

“[This decision] has allowed people who broke the law go unpunished,” corruption prosecutor Joel Segura told Andina. “It is a victory for impunity. These decisions are a shame in the face of the tough battle fought by the anticorruption system.”

Segura added that the public ministry has appealed the decision to the supreme court. Peru’s top court will have to hear the case quickly in order for prosecutors to pursue the case since the statute of limitations will soon expire. Several defendants were already absolved due to the statute of limitations on lesser crimes, and Quimper was exonerated upon turning 75.

“After more than seven years of legal proceedings and three in prison, the court had the courage to put the law in the service of justice,” Leon told reporters outside the courthouse. “I tell you that Romulo Leon worked in his professional capacity representing the companies that trusted me, and I did it with expertise and professionalism.”

Romulo Leon served as fishing minister during Garcia’s first term before a wave of privatizations liquidated state fishing firm Pescaperu in the 1990s. He later worked as a lobbyist until the Petroaudios scandal, the largest scandal of Garcia’s second term which brought down the Cabinet of Jorge del Castillo in 2008.