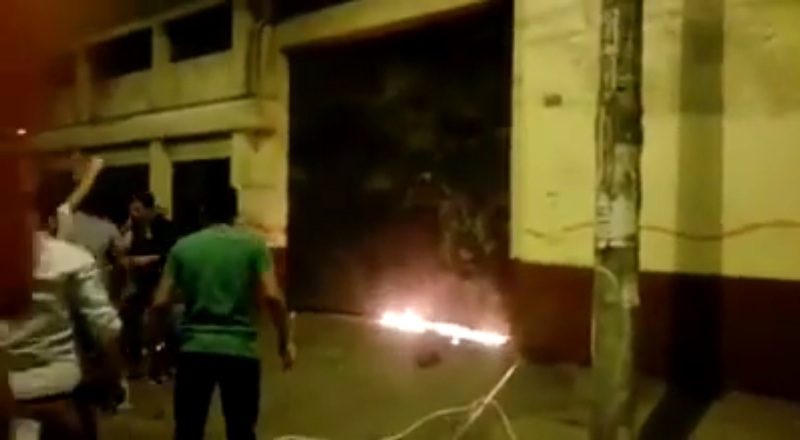 Groups of students occupying a Lima university campus fought with police and other interest groups to demand the interim dean’s resignation.

A group of students took one of the Federico Villarreal National University (UNFV) campuses in downtown Lima on Monday night to demand the resignation of interim dean Nancy Oliveros, who they say is a puppet of the university’s previous dean, Jose Viaña. They added that Viaña did not sign his resignation letter.

Viaña, who was one of five “rebel deans” who refused to conform to Peru’s new university reform legislation, resigned on Monday under pressure from students and the new university regulator, Sunedu. Protests at Lima’s San Marcos National University pressured Pedro Cotillo to resign last week.

A spokesman for the UNFV protesters told El Comercio that the occupation of the college’s psychology building on Oscar Benavides avenue would continue until the university holds fresh elections under the new SUNEDU rules, which require student representation.

The occupying students withstood tear gas from police on Monday night. Last night a group of alleged political activists attacked the occupiers with rocks and set fire to one of the building’s doors. Student spokesmen allege that members from an APRA students group led the attack which left broken windows and other damage to the campus.

Peru’s University Act looks to improve standards at the country’s 134 universities which are outperformed by their counterparts in Chile, Colombia and Mexico, the other member states of the Pacific Alliance.

By disqualifying university deans and rectors, Sunedu effectively invalidates all students’ diplomas earned during the unrecognized administration. Degrees bearing disqualified deans’ signatures will not be accepted to take state exams to work in fields such as nursing and law.