Paolo Guerrero appeal to be heard by FIFA 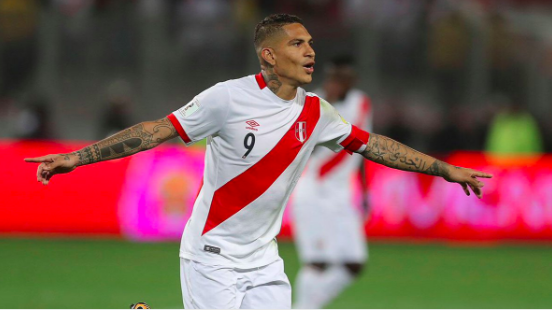 The recent news that Peru national team captain Paolo Guerrero would be suspended for next month’s World Cup has left the country shocked and saddened. Even President Martín Vizcarro has made public statements regarding his disappointment with the Guerrero decision from the Court of Arbitration for Sport (CAS) that extended his suspension for alleged doping from six months to 14 months.

Guerrero is appealing the decision and has garnered the backing of FIFPro, the international players’ union, which has written an appeal to FIFA. Guerrero flew to Switzerland Monday to meet with top FIFA brass in one final attempt to make his case. He is being accompanied by the President of the Peruvian Football Federation Edwin Oviedo.

The 34-year-old Guerrero has maintained his defense that he was given a cup of traditional coca tea at Peru’s Swissotel and that is where his positive test for cocaine came from. Tea with coca, the plant from which cocaine is ultimately made, is a popular Andean drink that is often used to combat altitude sickness.

On Sunday, FIFPro tweeted a statement saying it was “hoping for a breakthrough in 24-48 hours” regarding the Guerrero decision and a possible overturning from FIFA.

Peru head man Ricardo Gareca released a preliminary 24-man roster for the World Cup last week without Guerrero on it. If the captain ultimately sees his decision overturned, he would have to reintegrate quickly to the team in preparation for the country’s first appearance in a World Cup in 36 years. Peru plays Scotland in a friendly next Tuesday that kicks off the first of three friendlies before the big tournament.