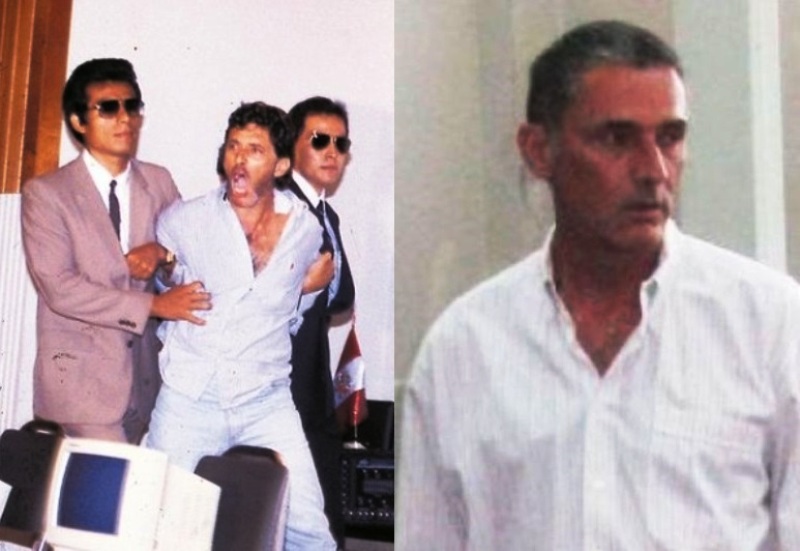 A former leader of the Tupac Amaru Revolutionary Movement (MRTA) rebel army was released yesterday after serving 25 years in prison.

Peter Cardenas was sentenced to 25 years for the 1989 kidnapping of businessman Hector Delgado and the 1990 murder of defense minister and army general Enrique Lopez.

Cardenas is believed to be the material author of deadly jailbreaks in 1990 and 1991 which freed dozens of MRTA rebels including Lucero “Comrade Cumpa” Cumpa. He also oversaw bombings of the education and finance ministries as well as private residences.

When Cardenas was arrested in April 1992, he was found with $200,000 in cash, anti-tank rockets, machine guns, false identification documents and revolutionary propaganda and pamphlets. He was sentenced to life in prison in a “faceless judges” trial employed by President Alberto Fujimori.

However the Inter-American Court of Human Rights annulled his sentence and a new trial in 2006 sentenced him to 25 years. His sentence was credited for time served during a preventive incarceration between 1988 and 1989.

“[Cardenas] was one of the cruelest terrorists in all of Peru in the 80s and 90s,” said former anti-terrorism police chief John Caro. “What makes me mad is that today there are police in prison who fought against terrorism.”

While the defiant guerrilla shouted at reporters when police brought him out for a press conference, he appears quiet and reserved in the dismissal proceedings. He was picked up from the Callao naval base by his wife and another family member.

Cardenas is one of several guerrilla rebels arrested in the early 90s to be released. Shining Path rebels Zenon Vargas and Carlos Inchaustegui were released last week and Maritza Garrido, who was captured with Abimael Guzman, is due for release in 2017. Next year MRTA rebel and Chilean citizen Jaime Castillo will be released.

Australian man jailed for death of girlfriend in Peru