Huge turnout for the anti-abortion March for Life in Lima 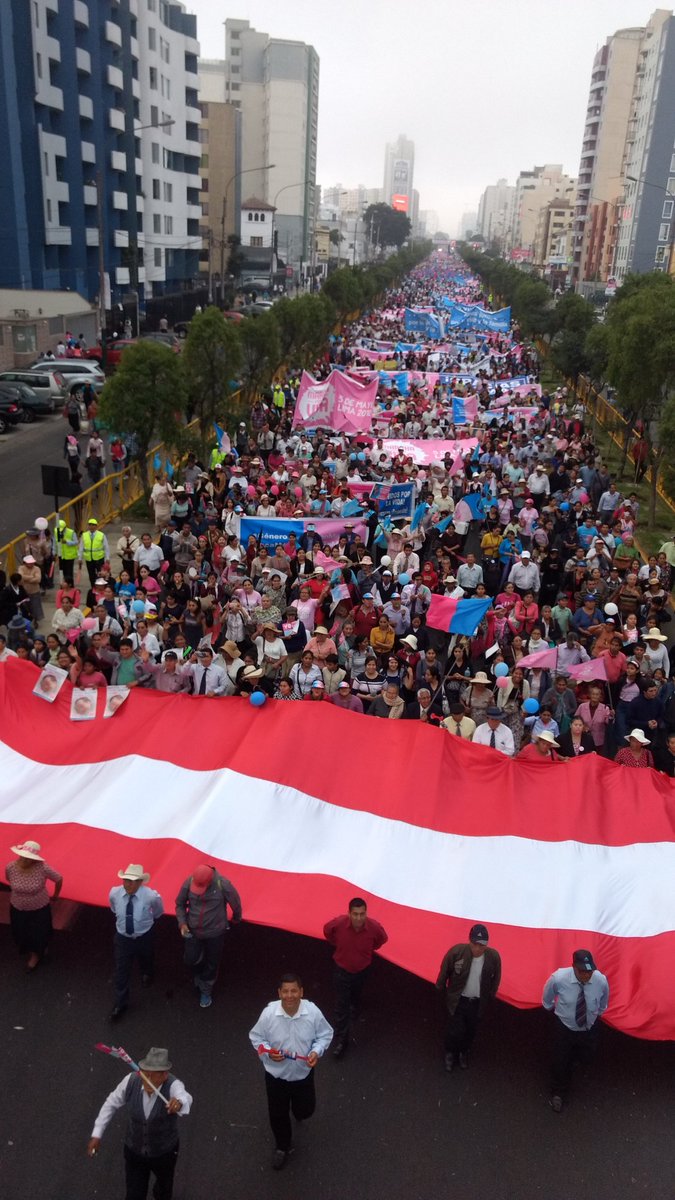 Saturday saw 800,000 people take to the streets in the Marcha por la vida (March for Life), an anti-abortion demonstration.

The crowd congregated on the crossroads between Avenida de Brasil and Javier Prado from midday, and then from 3 pm moved towards the Costa Verde towards the beach, reported El Comercio. A stage had been set up there for musical performances and anti-abortion debates.

The Spanish-language paper also reported that as pro-life supporters were congregating, they were confronted by a pro-choice group, where the police had to intervene to ensure the situation didn’t get out of hand.

Luis Galarreta, head of Peru’s Congress, was present at the march, along with lawmakers Jorge Del Castillo and Carlos Tubino. Galarreta told Peruvian media outlet RPP that, although he respected all opinions on the subject, he firmly believes that abortion will never become legal in Peru.

The #Unidosporlavida (Together for life) are fighting for life, family and the values of Peru. On Twitter, they quoted a young person at the march, who was wrapped in a Peruvian flag.

“[We are marching for] a sovereign and free Peru where the majority of the population want to life in peace, respecting everybody’s primary right, the unalienable right to life, starting with the most vulnerable,” the protestor said.

The march, which normally takes place in May every year, was canceled in 2017 due to the natural disasters the country was experiencing in order to focus attempts on giving help to those affected. In 2016, some 750,000 people took part in the march, whereas the Ni Una Menos (Not one woman less) women’s rights march earlier this year saw 500,000 demonstrators take to the streets.

The March for life also took place in Colombia on the same day, where 42 cities participated in the countrywide event. They were attempting to revoke laws in place that legalise abortion in cases such as rape or incest.

Peru only allows abortion if the woman’s life is in danger, and in 2014 they archived a proposal for it to be legalised in the case of rape.