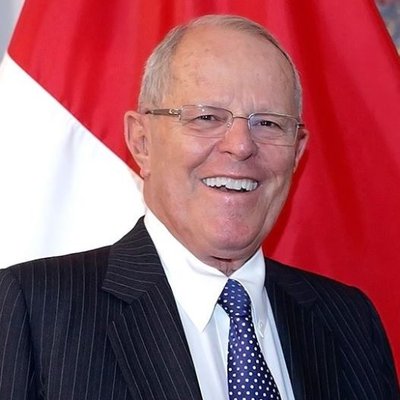 Peru’s president has dodged impeachment after a lengthy debate in congress over whether he was fit to be leader.

The debate came following revelations that Pedro Pablo Kuczyski had links with Odebrecht, the Brazilian building firm wrapped up in the continent’s biggest corruption scandal.

After 11 hours of debate, the vote came in, with the opposition falling short by eight votes of the 87-out-of-130 needed to get him out of office.

Former-banker Kuczyski, 79, admitted his ties to Odebrecht over a week ago, after vehemently denying any involvement with the firm.

Odebrecht is currently the centre of the continent’s biggest corruption scandal. Investigators have found that the huge company paid millions to high-ranking people – including politicians and parties – in order to secure contracts.

The president revealed he worked as a financial adviser for the H2Olmos irrigation project owned by the conglomerate.The project involves the construction of a 20 kilometre tunnel through the Andes with the aim of helping transport water and inundate agricultural fields in the desert.

But Kuczyski denied receiving illegal payments and accused the opposition party, Popular Force, of staging a coup against him.

Critics of the impeachment vote have described it as a power-grab by the opposition.

The opposition said the ties show that Kuczynski is “morally unfit” for office.

If the president was thrown out of office, after only 16 months on the job, he would have been the first leader in the country to have been impeached since Alberto Fujimori in 2000, who is now in jail for corruption and overseeing death squad killings.

The Odebrecht scandal has ensnared a number of executives around Latin America with parties in Ecuador, Brazil, Venezuela and Colombia being either arrested or charged on counts of bribery of public officials to build public facilities and monuments.

Former president of Peru, Alejandro Toledo, is currently a fugitive living in Venezuela after being accused of taking $20 million in bribes from the company.