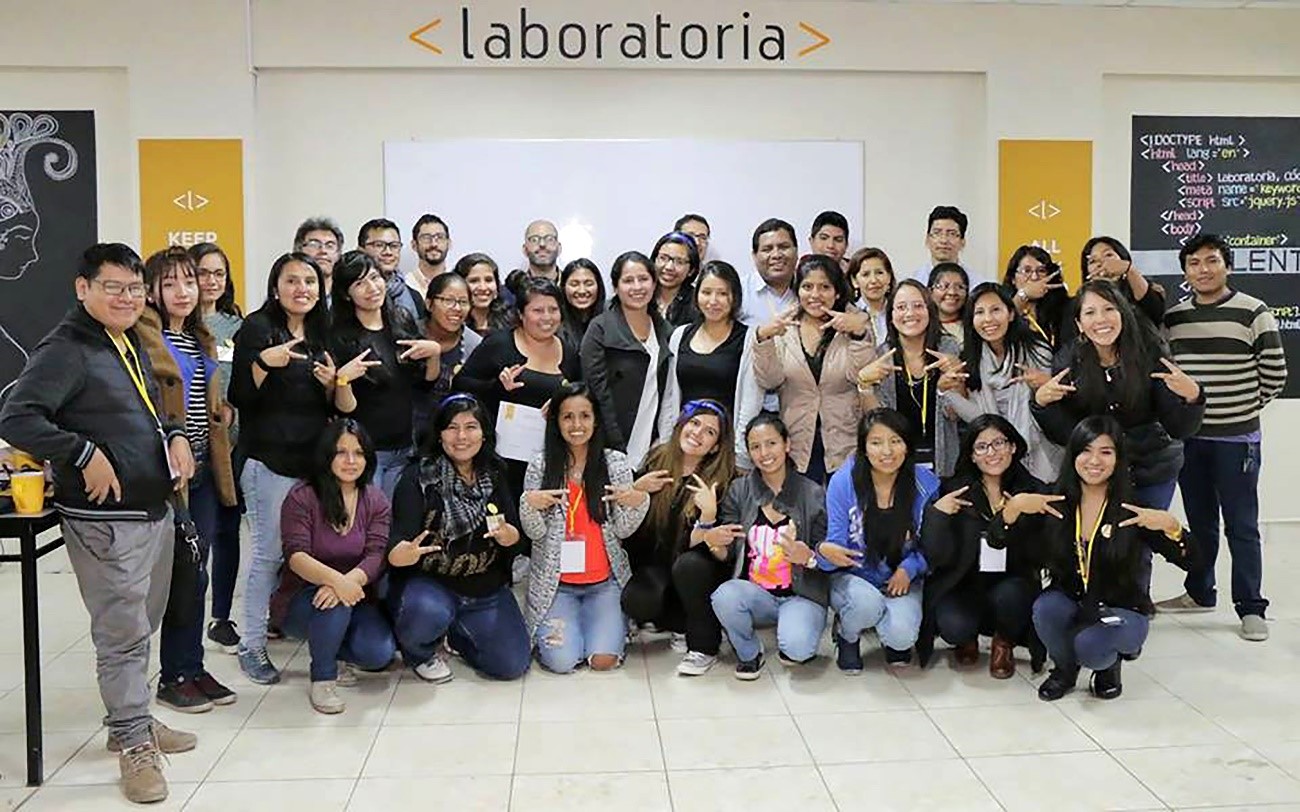 A startup that gives free technological education to women has just opened its 5th office in Latin America.

Laboratoria, founded in 2014, is a not-for-profit organization that works to train women from low-income backgrounds in technology skills. Mariana Costa Checa, one of the three main founders, was named one of the most innovative women under 35 in Peru by MIT, and she writes in the Laboratoria blog about the main idea behind the company.

“We are setting ourselves up to create an inclusive and diverse technology industry, which allows Latin America to prosper in the knowledge market.”

Diversity is key within the company and the workforce consists of 12 different nationalities, 56% of whom are women. The positive effects of this diversity are many, she writes.

“If all the participants of this process are the same, the final result will be a product that is incapable of satisfying the needs of those who are different.”

The company teaches women how to become a web designer or programmer in only 6 months, and it asks for payment only if these new talents allow them to find work. According to their website, over 80% of their students get jobs in the technology sector, on average tripling their income. Ex-students have found employment in massive tech giants such as IBM, Accenture and Thoughtworks, to name just a few.

Technology itself, regardless of gender, is becoming a more challenging environment to get work in Peru. Peru Reports covered the recent ‘youth slave law’, which is currently being passed in congress, and allows businesses to hire students of technical degrees for absolutely no compensation whatsoever. For a sector that is so important, little value is being placed on those with the necessary knowledge to work in our current tech savvy climate.

We live in a world where men dominate in this sector, holding 75% of jobs in technology, according to an ISACA global survey report ‘Breaking Gender Barriers’.Gender inequality in Peru goes beyond this into the society as a whole. INEI research from 2014 shows that the country has a gender inequality percentage of 43.7%, taking into account the labour market, secondary education, and seats in parliament. In 2014, 11.6% more boys that girls attended secondary school, and according to the Ministry of Education, quoted by Care, only 50% of girls in rural areas finish secondary school.

In response to these statistics, the Ministry of Education in Peru created a new national curriculum to promote gender equality in both general and sexual education. “Educating equally will transform the existing negative statistics that principally affect women.” Said Marilú Martens, the Minister of Education on their website. However, this has received criticisms from many, due to the historically Catholic and family-oriented Peruvian culture. Some of these criticisms are posted on the Ministry of Education’s website, under the heading “mitos del currículo nacional’ (national curriculum myths), and include the beliefs that a more equal curriculum promotes homosexuality, destroys the concept of family, and that sexual education will lead to children having sex earlier.”

It is clear that it is imperative to allow women to be educated in a safe, unbiased environment, and Laboratoria is helping women to bridge this gender gap and reach their potential, not only for those involved in the project, but also to inspire other women and girls in Latin America. According to the ISACA report ‘Breaking Gender Barriers’, one of the biggest barriers for women in technology is the lack of female role models. Costa believes wholeheartedly in this concept; “The participating young women are taking on the role of a positive example for other women.” She told the Spanish version of MIT technology review.

Laboratoria has received recognition from Barack Obama and Mark Zuckerberg, has won the 2014 Kunan prize for best start up, and with 500 women graduates, isn’t slowing down any time soon.

This article originally appeared on LATAM.tech