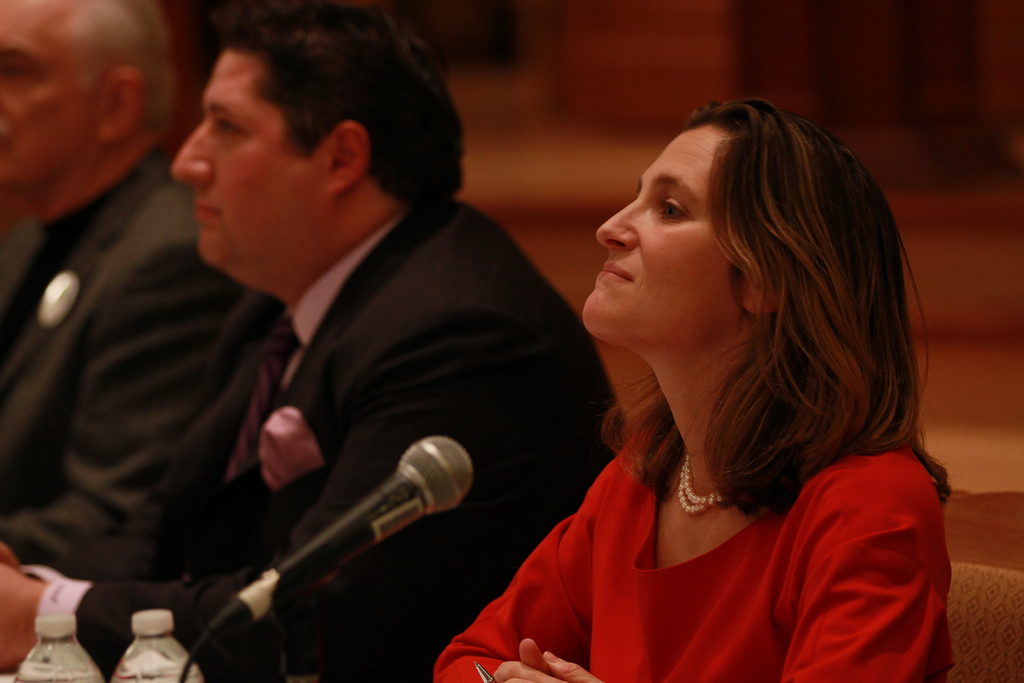 The Grupo de Lima met Thursday in Toronto to discuss the next steps in their response to the escalating crisis in Venezuela.

Foreign ministers of the regional bloc of leading countries in the Americas agreed yesterday that additional measures are needed to further isolate Venezuela, in the face of President Nicolás Maduro’s human rights violations. In a released statement the group also emphasized the importance of unification for the increasingly fragmented opposition.

The Grupo de Lima is a recently created 12-country assemblage, formed in Peru in August.  The Peruvian government, which recalled its ambassador to Venezuela in March after a war of words between President Pedro Pablo Kuczynski and Maduro, had long pressed for the high-level diplomatic gathering and used the opportunity to label the Venezuelan government a dictatorship.

An initial step towards such intervention came in the form of the Grupo de Lima’s first meeting in August, which took place days after President Maduro installed a Constituent Assembly through what many say were rigged elections.  According to critics, the Maduro administration move constituted a brazen consolidation of power by rendering the opposition-controlled parliament obsolete.  This action managed to carry out the task the loyalist-stacked Supreme Court had started in March,  when it voted to dissolve parliament—only to reverse the decision days later after mass protests—.

President Kuczynski has taken the lead in criticizing the Maduro administration, while the Peruvian government has continually called on the international community to step in to prevent the situation in Venezuela from becoming a regional crisis.

The commitment to intervention was renewed yesterday in a meeting that follows on the heels of regional elections in Venezuela last week, condemned by the opposition party and the Grupo de Lima as fraudulent.  Recently, four opposition party governors elected in those controversial elections chose to be sworn in, sparking anger from other party members and threatening to split a seemingly weakened opposition.

In Toronto, the Grupo de Lima called on groups to work together. “The people of Venezuela, in their struggle to reestablish democracy in their country […] deserve an opposition which is united and can represent them effectively,” said Canadian Foreign Minister Chrystia Freeland.

The bloc is set to meet again in Chile in January 2018.  Meanwhile, discontent is still widespread in Venezuela where millions are suffering food shortages, a currency collapse and soaring inflation.

Europe is looking at Peru for investment opportunities