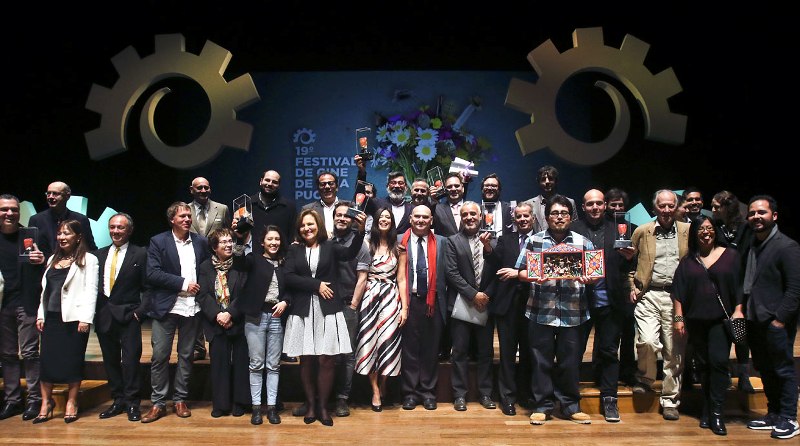 The Lima film festival honored German filmmaker Werner Herzog with a lifetime achievement award during its closing ceremony on Saturday.

“Herzog’s films are characterized by a surreal and subtly exotic quality … He often uses controversial techniques to obtain the desired performance from his actors,” reads a statement from the film festival. “[He] forced the cast of ‘Aguirre, the Wrath of God’ to endure the arduous environment of the South American rain forests and demanded that his actors transport a 300-ton ship over a mountain in Fitzcarraldo.”

“Fitzcarraldo” starring Klaus Kinski is based on an Irishman who tried to become a rubber baron in early 19th-century Iquitos. “Aguirre, the Wrath of God” also stars Kinski in a loose interpretation of Spanish conquistador Lope de Aguirre’s search for the mythical city of El Dorado in the Amazon jungle.

Herzog also produced “Wings of Hope” about a German woman who survived a plane crash in the jungle regions of Ucayali, as well as “My Best Fiend” about his tumultuous relationship with acclaimed German actor Klaus Kinski.

“[Herzog’s] volatile love-hate relationship with the brilliant but emotionally unstable actor, Klaus Kinski, resulted in some of the best work from both men, and both are best known for the films in which they collaborated,” the festival statement says.

“The virgin jungle of Peru lives in my soul,” Herzog said in Spanish upon receiving the award. “In my soul live the Urubamba river, the Marañon river, the Santiago river. Long live their country, long live the Peru that I love very much.”

The festival awarded the best film of the year award to the Colombian-produced “Embrace of the Serpent,” a fictional account based on the journals of two foreign scientists – one German and one American – who journeyed into the indigenous communities of the Amazon in the early 20th century search of a medicinal plant.

The festival’s best Peruvian film award was given to Rosa Chumbe, written and directed by Jonatan Relayze and starring Liliana Trujillo as a Lima policewoman fond of drinking and gambling before her daughter leaves her with her grandson.

Critics say the highlight of the festival was best actress winner Magaly Solier’s acceptance speech delivered in Quechua. Solier played the supporting role in Magallanes, the directorial debut of actor Salvador del Solar about a Peruvian army veteran who encounters a young woman he knew from the armed conflict with the Shining Path.

The 19th annual film festival of Lima was held at the Gran Teatro Nacional del Peru in San Borja from Aug. 7 through Aug. 15.

Watch highlights from the festival’s closing ceremony below.