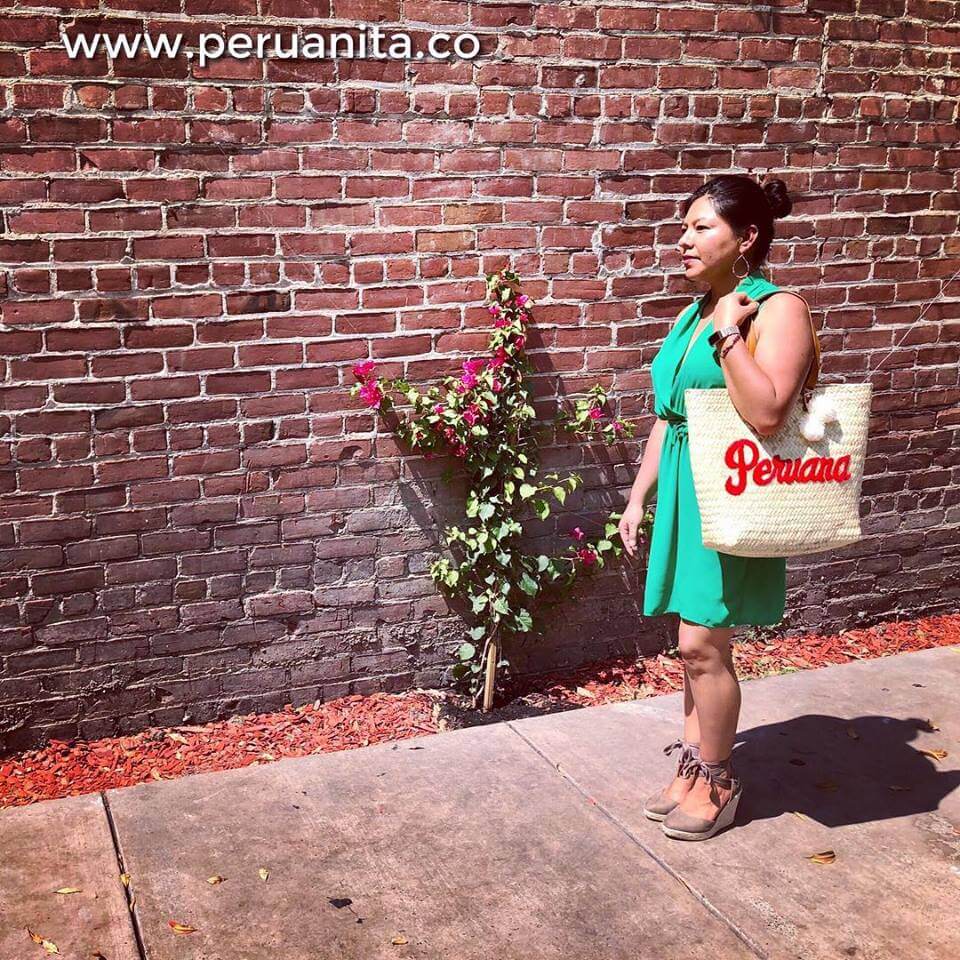 How do Latinos and Latinas reconnect with their culture when they’ve emigrated to the US? For Anamile Quispe Alvarado, it was by reigniting a long desire to give in to her artistic appetites and creating a fashion brand.

Peru Reports spoke to Quispe about the differences between the US and Peru, what it’s like being a Latina in the US, and which Peruvian artists have inspired her work. 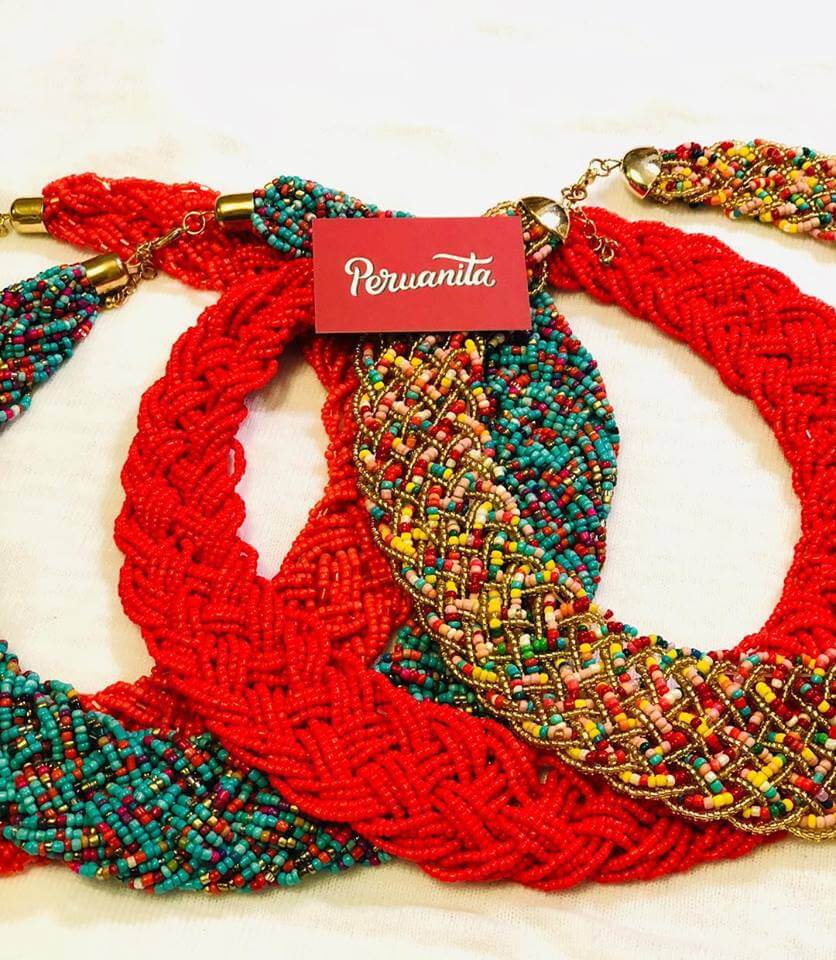 When she was 15 she moved to the US and as a testament to the human being’s incredible capacity to adapt, she went to school, learnt English, graduated from university and got a corporate job in her adopted home. However, it wasn’t all plain sailing.

“For years, I just wanted to go back to Peru,” she told us. “I always told myself, just one more year, one more then I’ll go back.”

It was the sense of community she missed most, she explained. Where she lived in Lima, people recognise and greet each other on the street, whereas in the US she found people much more distant and cliquey.

The culture surrounding food is also very different between the two countries. Peruvians are justly proud of their delicious and varied cuisine and eating is a time for families and people to come together and socialise, whereas Quispe discovered that Americans didn’t place the same value on mealtimes.

“It seemed like the only way to eat after work was to come home, cook alone and eat alone,” she told us.

But, as the years passed, she got used to the country and now embraces her second culture, and has now spent over a decade in the States. Just as many immigrants who arrive in a new country, at the beginning she wanted to be American, act American and feel welcomed, but now she is much happier with who she is and isn’t afraid to show it.

Which is part of what made her create Peruanita, her burgeoning fashion brand that creates beautiful pieces with an unmistakable Latin American flair. The idea had been playing in her mind for years and she kept bringing up the subject before her boyfriend finally told her to just do it.

“After moving to the US for over a decade, the artist inside of me could not rest quietly,” Quispe told us. The plan was to empower Latina women living in the US and make them feel proud of celebrating their roots, at the same time providing them with a fun accessory that they can wear on a daily basis.

This year, she launched her first design, a beach bag with Peruana proudly emblazoned on the side. The scriptwork is strongly influenced by Peruvian artist and muralist Elliot Tupac, who is famous for his trademark lettering and whose work has been exhibited all over the world. Quispe had the fortune to meet him in her recent visit to Peru last month, and she loves how he integrates traditional Peruvian art into his contemporary style.

Another artist who has strongly influenced her work is Meche Correa, a fashion designer who promotes artisan Peruvian style and craft in her work – one of her collections is even called “Alpaca Fiesta.” She has received national and international recognition for her achievements, which include a philosophy of ethical and sustainable use of the planet’s resources.

“One day I’d love to be the new Meche

Looking to the future, Quispe has big dreams. She’d love to open a big store in San Francisco with areas dedicated to different countries in Latin America. Each area would be dedicated to its own particular style and traditions, and if a Peruvian were to find themselves in the Peruvian section, or a Colombian in the Colombian section, they would instantly feel welcome, as if they had found a little slice of home. 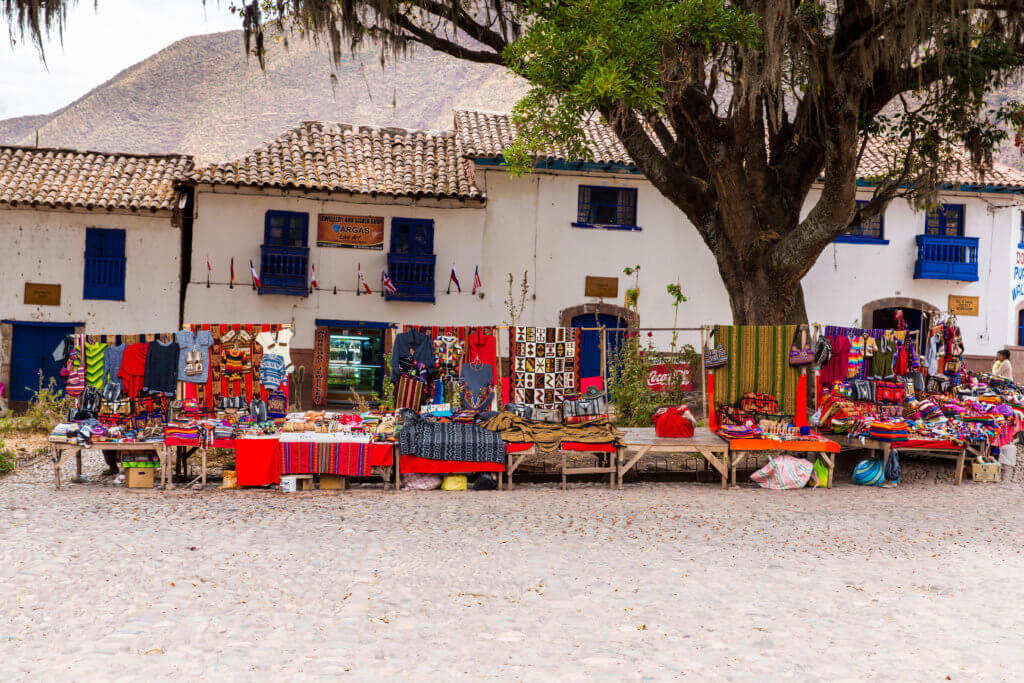 Another plan is to introduce classes for children to allow them to express themselves artistically and create things with their hands, she explained. With the advent of technology, it’s true that most children spend more time in front of a screen, swiping, tapping and double clicking instead of more traditional childhood pastimes like moulding castle masterpieces out of mud or creating stamps out of old potatoes.

Because of this, Quispe wants to expose kids to the creative process, giving them the knowledge to solve problems using their hands and thinking outside the box.

The US is where Quispe has been given great opportunities and been able to achieve her dreams, such as creating Peruanita. However, when asked whether she had experienced racism or xenophobia in the her adopted country, Quispe paused.

“I have not been discriminated in public by others, but there is one time where I know we were not given all information upfront and we were taken advantage of,” she said. “Knowledge is a privilege. Those who know how things work will get ahead and I know how important it is to help other immigrants be aware and know their rights.”

She did mention that although discrimination towards Latinas and Latinos does exist in the US, she had felt it more strongly in between men and women in the corporate world, where she had often felt the need to “play the game” to succeed in male-driven environments. Despite the gender discrimination she felt at work, she admitted that in Peru male and female roles are traditionally much stronger.

“Back in San Francisco I don’t think as much about not doing something or doing something because of my gender and the role associated with it,” she said. “My experience back in Lima is that our families and friends put big emphasis on the things that women or men do based on their gender. Sometimes these roles are not meant to be negative or have bad intentions but because people are close to each other, they start putting expectations on what you do that are in alignment with traditions and older ways.”

“I’m thankful to America because if you truly work hard you dreams can come true.”

“In San Francisco, you can wear your hair the way you want, dress the way you want, and people won’t judge you, you feel very free,” she said. “I’m thankful to America because if you truly work hard your dreams can come true. In the US I was given the opportunity to get an education, be the first one in my family to graduate from college and now be part of the very competitive Silicon Valley workforce.”

Despite this, returning to Peru is still in the pipeline for Quispe. She returns every year, and as soon as she finds the right job opportunity she’d love to move back. However, her Silicon Valley job is supporting her grandparents in Peru, so she can’t give up the corporate life just yet in order to focus more on her art business. Until then, she will be helping those in the US who are dreaming of South America to carry a beautiful piece of handmade art with them, made by Latinas, for Latinas.