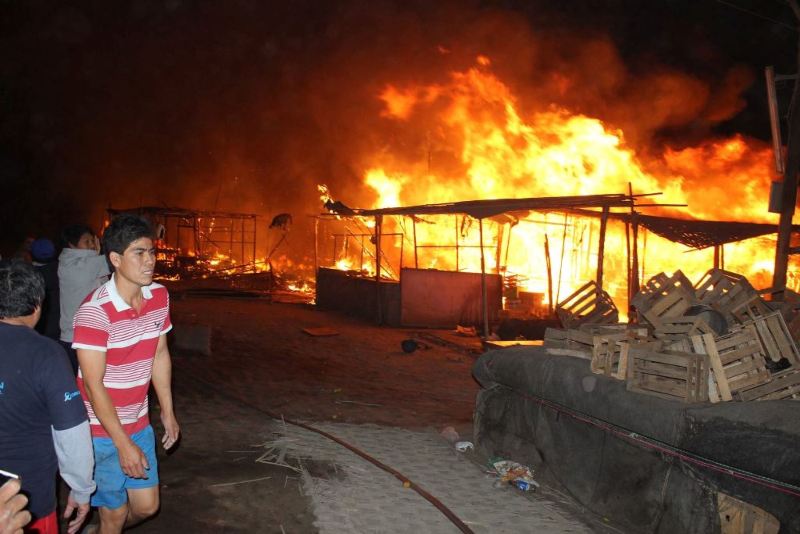 A fire destroyed over 300 vendor stands in a market in Peru’s northern city of Chimbote yesterday.

The fire caused $800,000 in damage after accounting for the destroyed food, groceries and clothing in Chimbote’s largest wholesale market. Market directors say the damages were elevated because new merchandise arrives on Fridays.

The fire which started around 2 a.m. yesterday morning was initially attributed to a short circuit. However officials with the fire department dismissed that possibility, and the independent vendors of the market demand an investigation of the market directors who they say have feuded for years.

“We suffer tragedy after tragedy in the market ever. Ever since our leader Omar Castro was murdered, internal problems have worsened. I am not accusing anyone, but we want an investigation because we suspect [this fire] was started [intentionally,” one vendor told La Republica. “Why were the guards drinking liquor and not allowing the firefighters to enter?”

Officials at the fire department confirmed they were called by neighborhood residents and not the market’s management or security.

The 300 destroyed stands were made of mostly wood, plastic and matting, which allowed the fire to quickly spread. Most vendors lost not only their merchandise, but they also took on debt with banks.