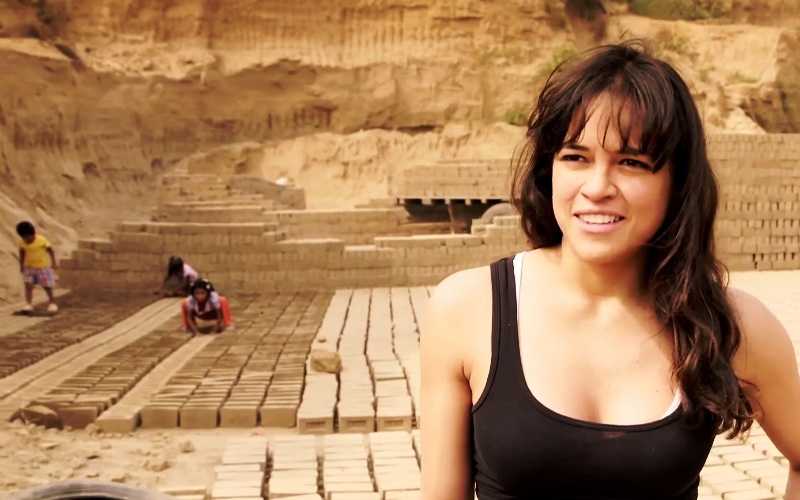 Rodriguez appears at a brick manufacturing site in an undisclosed location where she interviews “Dina,” the mother of three children who work with her. Dina’s six-year-old daughter Yulia attends school for a few hours before coming to work on the site, where she turns bricks over in the hot sun. The family earns $4 per day.

“When I came here and I saw Yulia and her little brother working here, I was disgusted. I personally don’t ever want to come back here again,” Rodriguez said in the segment. “To know that a couple of bucks can change that cycle, I think it’s worth a shot.”

Rodriguez filmed the spot for the Red Nose Day charity which aims to combat poverty using “the power of entertainment to create positive change.” The fundraiser which aired on NBC last Thursday also featured Jack Black with street children in Kampala, Uganda.

2013 Findings on the Worst Forms of Child Labor (U.S. Department of Labor)