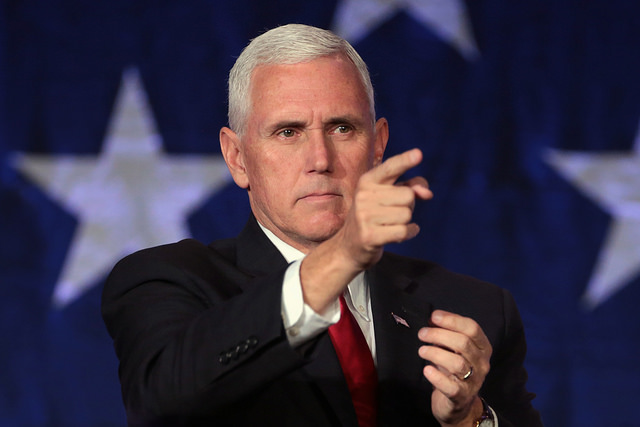 The United States government isn’t doing much to shed the stereotype of the ugly American. On Thursday, the office of U.S. Vice President Mike Pence sent a trip schedule to the press saying Pence would visit with Peru President Pedro Pablo Kuczynski at the Americas Summit, according to Bloomberg.

The document has since been corrected to say that Pence will be meeting with Peru’s actual president, Martín Vizcarra, instead of the aforementioned Kuczynski, who resigned last month on the heels of tape recordings apparently showing he was buying votes in his favor to stop his potential impeachment via Congress.

Pence will be arriving in Lima today to take part in the two-day Summit of the Americas in lieu of President Donald Trump, who is staying in the U.S. to deal with possible attacks on Syria and mounting legal concerns following the raid of his personal lawyer’s office by the FBI.

There’s probably no more fitting expression for what happened here than the Spanish phrase “metió la pata” (“put your foot in your mouth”), as it may confirm the worst stereotypes to Latin American officials that the U.S. authorities are largely indifferent to the region’s issues.

A recent Gallup poll shows only 16 percent of Latin Americans approve of Trump, who has made disparaging remarks about Mexicans, has reiterated his desire to build a border wall, and been vocal about the possibility of throwing out the 25-year-old North American Free Trade Agreement.

Some Peruvians questioned said the mystique around the U.S. has wained under Trump. One commenter told CNBC ahead of the summit that Trump’s populist act is easy to spot for Latinos who have had to suffer through dictators and corrupt politicians for their entire lives.

“Being loud, always at the center of attention, constant scandals … that’s been our reality for many years,” Montenegro said. “The United States isn’t respected as much now … before, whatever Americans said seemed to be the right thing – the voice of reason. Now whatever they say is questioned.”