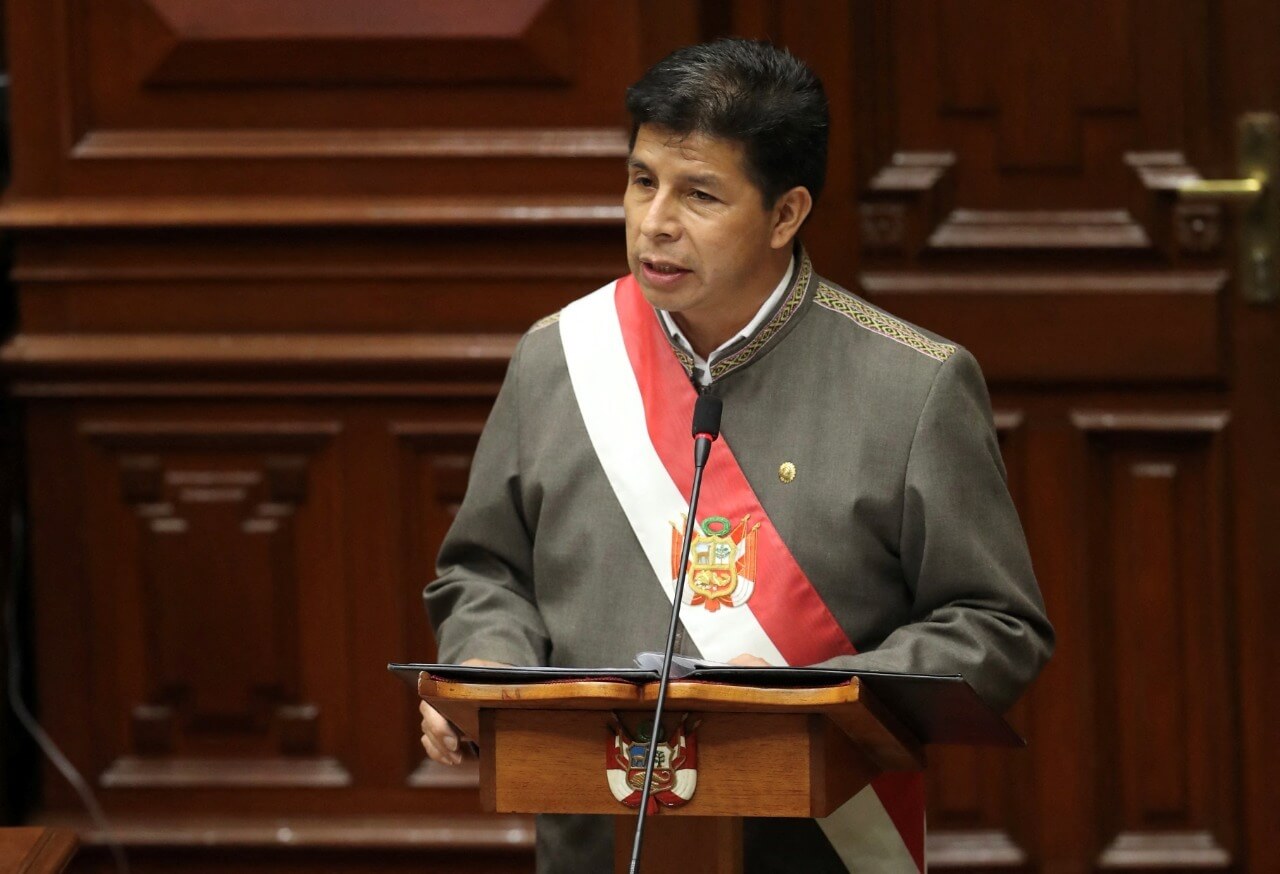 Opposition leaders were unable to secure the 87 votes necessary to remove the president, with 55 votes in favor, 54 against and 19 abstentions. It was the second time the president beat back impeachment proceedings in just over three months.

On March 28, before the debate began, Mr. Castillo went to Congress, accompanied by his lawyer José Félix Palomino, to respond to a series of scandals and questions that implicated him in acts of corruption.

During President Castillo’s address in the plenary session, he referred to the accusations against him saying:

“Everyone knows that [the motion] does not contain a single element that validly supports it, since it is a compilation of versions of a part of the press.”

“In the debate motion we only find statements without any corroboration, with speculation, with imaginary links and without support in the facts and in the law,” he added.

He also said the motion is based on “biased news reports” and that the proceedings were simply a “media trial.”

This impeachment motion, formally presented on March 8, is the second since Mr. Castillo began his presidential term in July of last year. The first motion to remove Mr. Castillo was presented in December 2021 by Congresswoman Patricia Chirinos. 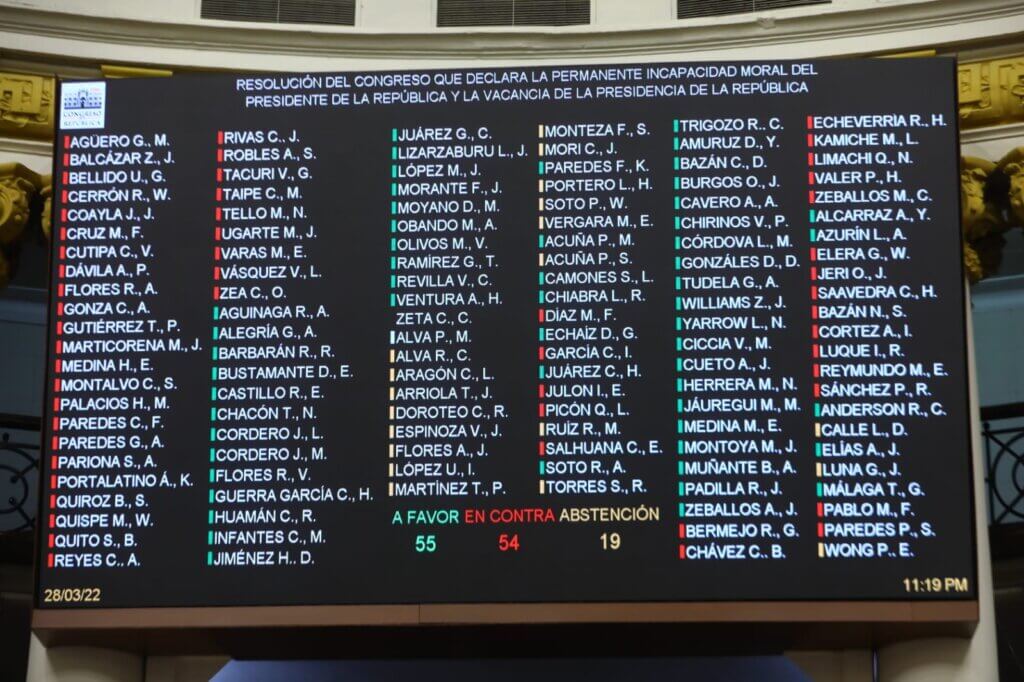 To achieve the removal of President Castillo, Congress needed to reach 87 votes, that is, a qualified vote of no less than two-thirds of the legal number of members of Congress. The Peruvian Congress has a total of 130 representatives.

Supporters of impeachment argued that Mr. Castillo was “morally unfit” to hold office because of a number of corruption allegations facing him. According to Peru’s Constitution, the presidency can be vacated for any of the following reasons:

The impeachment motion against Mr. Castillo contained a laundry list of accusations that Mr. Castillo argues were attempts by opponents to sully his image in front of the Peruvian people.

A main focus was the testimony from lobbyist Karelim López, who has accused the president of being part of an alleged network of corruption within the Ministry of Transport and Communications.

In her recent testimony to the Prosecutor General’s office, she had accused Mr. Castillo of secretly meeting with a number of businessmen to discuss bidding on Tarata III, a bridge construction project in San Martín, in the north of Peru.

On Monday, the prosecutor ordered the arrest of 11 businessmen and government officials who are being investigated on corruption charges related to the case. Two of these people were reportedly nephews of the president.

Other irregularities that members of Congress argued made Mr. Castillo worthy of impeachment included another alleged secret meeting between the president and the executive director of a petroleum company; accusations that Mr. Castillo is running a “shadow cabinet” of officials operating outside of the law; and a 2018 speech that Mr. Castillo gave before he ran for president in which he suggested allowing Bolivia access to Peru’s seas, an issue that the president went on CNN to respond in January.

“The motion has been made mainly based on biased, contradictory and uncorroborated news reports. There is no evidence to prove any irregularity. This motion is the best example of how the media trial has allowed an impeachment motion to be admitted,” the president said during his address to Congress.