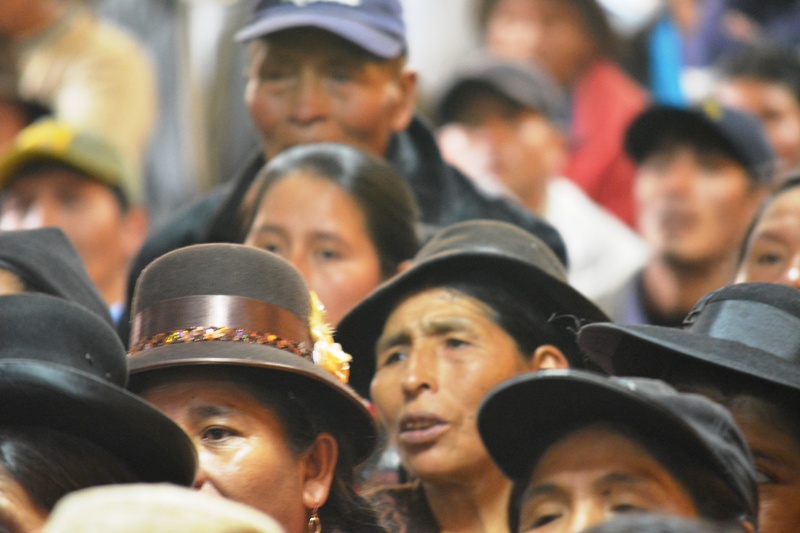 Shareholders of gold-mining company Minera IRL voted to oust board chairman Jaime Pinto yesterday in a proxy battle which began in a village outside Puno.

Yesterday’s vote was the culmination of a four-month corporate battle in which a Peru-based founder took on the Toronto- and London-based directors in a struggle for control of a company which has a 30-year license to operate the Ollachea project in Puno. Ollachea is estimated to have over 1 million ounces of gold reserves.

At an extraordinary general meeting in Toronto, company shareholders voted by over 92% to remove Peruvian lawyer Jaime Pinto from the board of directors. A majority of shareholders voted to sack the company’s two other directors as well and install a completely new board slated by company founder Diego Benavides. However the required two-thirds majority was only reached to oust Pinto and install two of the new slate’s five directors.

Troubles began with the unexpected death of cofounder and president Courtney Chamberlain last April. New company president Daryl Hodges called a community meeting in Ollachea to introduce himself as well as announce the arrival of a $70 million loan, the first in a $240 million financing package from COFIDE, Peru’s state-development bank.

Accounts vary on exact details of the presentation given by Hodges, a Canadian investment banker who does not speak Spanish. But ultimately the Ollachea community withdrew its support for the project and insisted the company be led by Benavides, who had worked with them in forging buy-in for the project since 2008.

“We have made the decision via General Assembly to declare Señor Daryl Hodges ‘persona non grata’ and solicit his retirement from the company, due to his lies and his lack of respect from not taking us into consideration and mocking our fair petitions,” reads the first paragraph of a community letter to Minera IRL after the meeting.

Shareholders panicked at the news of the Ollachea community’s opposition in a country where protests can paralyze development of billion-dollar mines like Conga and Tia Maria. They overwhelmingly voted to oust Hodges at an annual general meeting less than a month later.

While Hodges was gone, the proxy battle had only begun. The same board of directors which chose Hodges replaced him with Pinto while Benavides retained control of the Peruvian subsidiaries which owned the Ollachea project and operated the producing Corihuarmi gold mine in Junin.

Trading of Mineral IRL stock was suspended in London, Toronto and Lima as the Canadian group accused Benavides of corruption and paying bribes in obtaining the COFIDE loan. Meanwhile the Peru-based team accused the directors of looking out for their own interests at the expense of shareholders and the Ollachea community.

Criminal charges were filed in Peru against Benavides and Pinto as each side tried to convince shareholders that its team was best to develop the Ollachea project.

Benavides ultimately counted the support of an influential Peru-based blog which was first to report most of the developments in the ongoing saga. Inca Kola News, which is not connected to Inca Kola or the Corporacion Lindley, was first to report the Ollachea town-hall meeting gone wrong in August. In the end Inca Kola News’ relentless posts were increasingly embarrassing to the incumbent board, which ultimately alienated not only a majority of shareholders but the COFIDE development bank.

Pinto was removed from the board almost unanimously while accountant Robin Fryer and geologist Douglas Jones may be ousted at the next meeting which does not require a supermajority. Pinto is replaced by former Rio Tinto mining executive Julian Bavin and COFIDE CEO Jorge Luis Ramos.

Diego Benavides spent 15 months forging the relationship with the Ollachea community, which he ultimately offered 5% of all profits from the mine, an unusually generous royalty scheme for Peru.

The latest letter from the community of Ollachea to Minera IRL (IRL.to) (MIRL.L) (Inca Kola News)