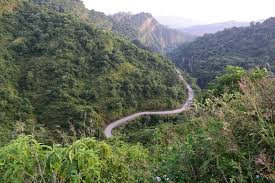 Construction of a massive highway project through eastern Peru has garnered international attention from press and conservationists as critics worry it could destroy some of the country’s most precious protected lands and invade solitary indigenous groups.

In December of 2017, the Peruvian Congress green-lighted the construction of the route that is planned to run an estimated 277 kilometers along Peru’s border with Brazil in the Ucayali and the Madre de Dios regions.

According to a recent study by the Monitoring of the Andean Amazon Project (MAAP), around 680,000 acres of primary rainforest could be at risk. The highway would run through three protected areas and indigenous reserves: the Madre de Dios Territorial Reserve, Alto Purús National Park, and Purús Communal Reserve.

In a response, representatives from Peru’s Environmental Ministry (Minam) said they could guarantee  respect and continued protection for those indigenous populations and conservation areas throughout the construction process.

Similarly, the Ministry of Transport and Communications (MTC) released a communiqué saying it prioritizes the rights of local populations and protected lands.

“The Peruvian government maintains its commitment to sustainable development with respect to the rights of indigenous peoples and the protection of Amazon forests,” wrote representatives from MTC.

However, not all of Peru’s government is on board with the plans. Spokespeople from the Ministry of Culture have joined the chorus of indigenous organizations in warning that the new road would have adverse effects on the local populations in voluntary isolation throughout the planned route.

Locals and community coordinators in Ucayali have long complained about continued deforestation and the destruction of important habitats for animal species, which have persisted despite a recent ruling from Peru’s Agriculture Ministry that was designed to suspend activities of certain offending companies.

In 2016 alone, the Ucayali region lost more than 73,000 acres of forest to development, according to the Minam.

Such widespread loss of forest caught the attention of the Catholic Church’s highest power. On a recent visit to Peru, the Pope was critical of such practices in the Amazon that favored “big business interests” in an area he said is now more vulnerable than ever.

“We must break with the historical paradigm that sees the Amazon as an inexhaustible larder for other countries without taking into account its inhabitants,” he said at a gathering of indigenous tribes at Puerto Maldonado.

James Gordon, an Amazon regional manager for the World Wildlife Fund (WWF), told The Independent that the insertion of highways like this in remote parts of the Amazon often has negative consequences for the environment and local inhabitants.

“There is no simple answer”, Gordon told the Independent. “It’s not clear who’s funding this, and questions must be asked over how it is going to be governed once the road has gone in. There are vanishingly small cases of roads being built in the Amazon where there is good strong governance and clarity over who owns what and who can use resources.”

On the surface, the Peruvian government has made an effort to balance the protection of the Amazon and indigenous populations with infrastructure developments. Weeks ago, Peru designated the Yaguas reserve in northeast Peru as a national park that would protect more than 2 million acres of forest renowned for its unique animal species and one of the world’s most diverse river ecosystems.

However, critics say this road proposal is the latest in a long line of examples where business interests contradict existing Peruvian laws that supposedly protect these important environments.

Former Minister for Indigenous Affairs Iván Lanegra told the Guardian that road projects like this show that the government continues to renege on promises made to conservation areas and indigenous groups.

“We have a state that makes decisions with its back to the Amazon and its indigenous peoples,” he said.