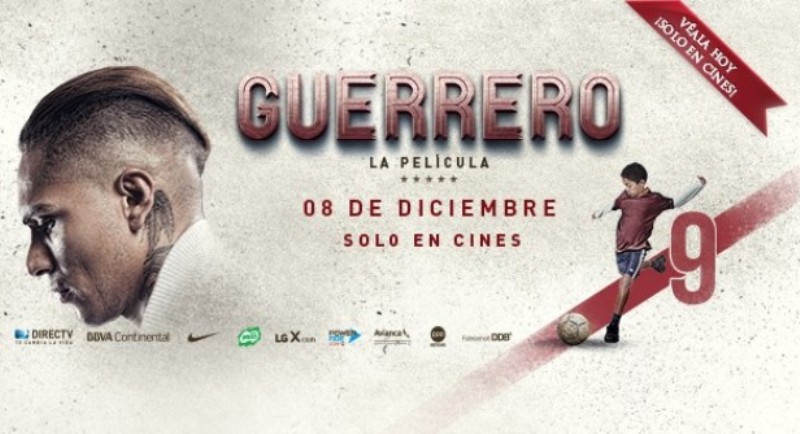 “Guerrero,” a film based on the life of Peruvian soccer player Paolo Guerrero, had the bestselling opening weekend of any Peruvian film in 2016.

Over 112,000 people went to see “Guerrero” when it premiered on Dec. 8 and a total of 500,000 bought tickets during the weekend. While the film had the bestselling opening weekend, it only sold the third-most tickets given its December opening. Peru’s top two films were “Locos de Amor” and “Calichin.”

Nine-year old Rony Shapiana portrays Guerrero, the Peruvian striker who was nominated for the Ballon d’Or in 2015 and who became Peru’s top goal scorer of all time in 2016. The film follows Guerrero’s early life in San Juan de Lurigancho, a working-class district of Lima, when he played on the youth team of Lima soccer club, Alianza Lima.

While the film attracted almost 800,000 viewers in just three weeks of 2016 and could surpass the 1.2 million viewers of “Locos del Amor,” some have criticized the film as flat.

“As the film went on, I felt no emotion or reflection of improvement that left me any kind of message whatsoever,” writes Omar Caceres in La Mula. “It lacks soul, fluidity, naturalness. It lacks that accumulation of emotions that move or make you feel that we are seeing an example to follow. Empty, expendable scenes that did not feed the story at all. The little worth saving could make a 10-minute movie.”

The film was also criticized as racist for casting mestiza actress Magdyel Ugaz to portray Guerrero’s black mother, Petronila Gonzales, who is more commonly known in Peru as “Doña Peta.” Ugaz modeled her hair in a “perm” and wore dark makeup to resemble the widely recognized mother of Guerrero.

“Guerrero” was produced by Tondero Producciones and directed by Fernando Villaran. Watch the trailer below.