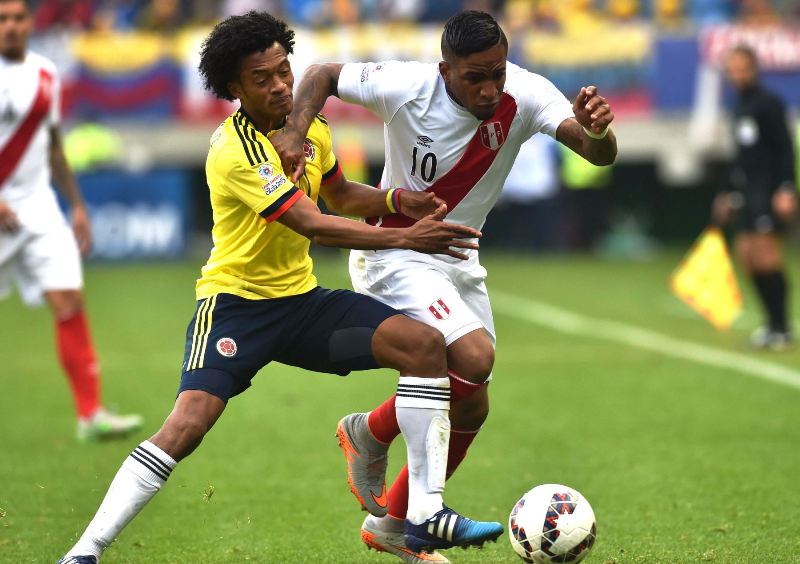 Peru won, lost and tied in Copa America group play to secure a spot in the tournament quarterfinals. The squad faces Bolivia on Thursday.

The Copa America tournament features a round of group play in which Peru faced Brazil, Venezuela and Colombia. In the national selection’s first game of the tournament, it held a 1-1 tie against the mighty Brazilian squad until extra time, when Neymar fed a perfect pass to Douglas Costa to take the lead with just moments left in the game.

Claudio Pizarro scored the game’s only goal in Peru’s 1-0 victory over the 10-man Venezuela on Thursday. After Venezuela’s stunning upset of Colombia, Peru only needed to prevent a loss to the Colombian team led by Radamel Falcao and James Rodriguez. Peru’s defensive strategy successfully held them off for a 0-0 draw.

Peru now advances to elimination-game quarterfinals, where it faces Bolivia on Thursday at the German Becker stadium in Temuco, Chile. If Peru wins, they will advance to the Copa America semifinals.

Peru has not beaten Bolivia in a Copa America match since 1999, when they shut their highlands neighbor out 1-0 in Asuncion, Paraguay. The two countries tied in Copa America matches held in Lima in 2007 and Merida, Venezuela in 2004.

Outside the Copa America, Peru and Bolivia have tied in each of their last four matches. In the most recent game which did not end in a tie, Peru beat Bolivia 1-0 in a 2009 World Cup qualification match in South Africa. In their last 10 games since 2005, Peru has won three, lost two and tied five.

The tournament surprises include Venezuela’s defeat of Colombia as well as Mexico’s stunning exit from group play after tying Bolivia and Chile before losing to Ecuador, who was also eliminated from the tournament.