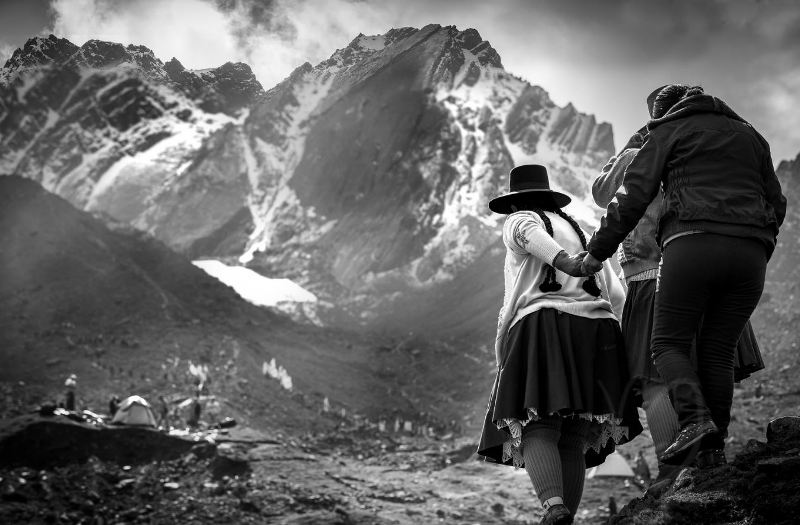 The Alliance Française is hosting an exhibit of French photographer Julie Baudin’s portrayal of Peru’s southern city of Cusco in black and white.

The exhibit titled “Celebrations of Cusco: fervor and spirituality” features Baudin’s work during the month of June, when the former Inca capital is home to the Corpus Christi, Qoyllur Riti and Inti Raymi religious festivals.

“Living in the Andes allows us to understand the past but also the present reality of an extremely spiritual people who managed to live their daily lives in pre-Columbian and colonial heritages in a set of rituals and festivals unique to the city of Cusco,” reads the Alliance Française profile of the exhibit.

“The black-and-white photographs taken during the three most important festivals in the region create a humble portrait of the city of Cusco in the 21st century and its inhabitants who knew how to adapt the beliefs of settlers to their own ancestors, reinterpreting their spirituality according to the new reality without losing the essence of their faith in the order of the universe.”

Baudin’s photos feature the people of Cusco during religious ceremonies as well as inspiring backdrops of Andes mountain ranges, as well as an early-dawn view of Machu Picchu.

Baudin first visited Peru in 2006 during a two-year trip to see all of the Americas. In 2012 she permanently settled in Cusco, where she works as a publicist.

“The influx of tourists and money has changed things, but in the end the Cusqueño people continue tradition as if nothing happened,” Baudin told El Comercio. “Unlike other cultures who struggle every day not to disappear, the tradition here is branded in its being.”

The exhibit at the Alliance Française headquarters in Lima will be inaugurated tonight and be free to the public through July 2.