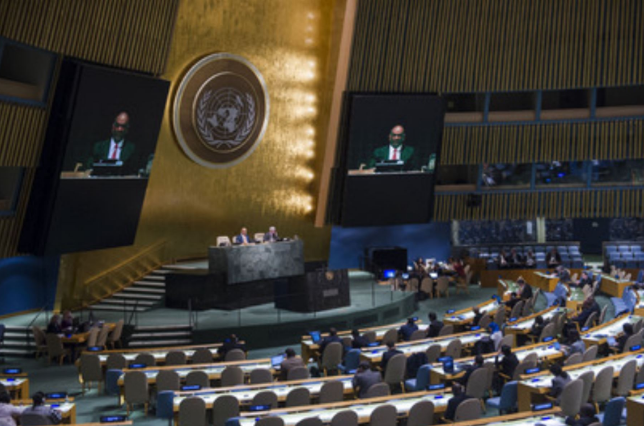 Peru has signed the Treaty on the Prohibition of Nuclear Weapons within the framework of the 72nd Session of the United Nations General Assembly held in New York City. This positive step towards nuclear disarmament demonstrates the commitment shown by the Peruvian government.

The signing of this document constitutes a legally-binding framework for the total elimination of nuclear weapons in a verifiable, irreversible, and transparent manner.

“In essence, the document includes a ban on the development, production, manufacture, transfer, possession and stockpiling of nuclear weapons, in addition to an explicit prohibition of the use and threat of use of nuclear weapons,” stated the Ministry of Foreign Affairs of Peru.

Negotiations for the implementation of this treaty began at the UN in March earlier this year and was approved on July 7. It was not until last week, however, that the Ministry of Foreign Affairs announced the signing.

Out of the 51 countries supporting the prohibition of nuclear weapons, Peru was one of the first to actually sign the treaty.  The nine nuclear-armed states who did not enter into the agreement include the US, UK, France, Russia, Israel, China, India, Pakistan, and North Korea.

As Russia moves to assert itself in neighboring countries, it is even more important that Peru now publicly and legally stands against the use of nuclear weapons.