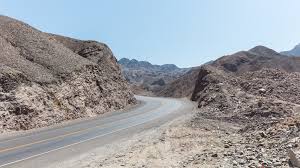 Eleven people have died and more than 20 have been injured in yet another bus crash in Peru, according to local news station Canal N.

The bus was travelling south from Lima to Puquio on the Interoceanic Highway Wednesday morning when it plummeted down a 100-meter gorge in the southeastern province of Ayacucho. The bus was identified as belonging to the Perla del Sur company.

The injured were taken to Puquio Hospital, but those who were in a critical condition were stabilised and transferred to the more well-resourced Ica Hospital, which is five hours away from the crash site.

RPP Noticias, a national television and radio broadcaster, Lucanas province governor Wilber Vilarde Wednesday morning what the motive of the crash was.

He said that all bus drivers “are recommended to drive with absolute care.” Highlighting the other devastating bus crashes that have taken place this year, he asked for the Ministry of Transport and Communications to take more control of the buses.

This is the third major bus crash this year in Peru. There were 48 deaths reported in January after a bus collided with a lorry on an infamous section of road known as The Devil’s Curve. In February, 44 people died when a bus fell off a cliff on the Pan American Highway.

Peru’s provincial roads are notoriously dangerous. In a report by Spanish-language newspaper El Comercio, there were 3,327 accidents and 328 road-related deaths in 2017. As of today, the death toll for bus crashes alone has already reached 103.