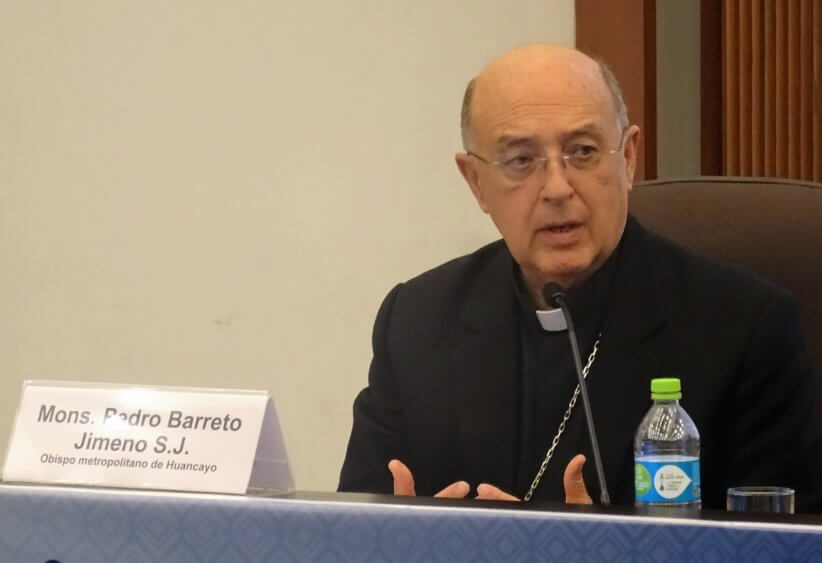 Although President Martín Vizcarra and members of Congress have promised swift action on judicial reforms and a pending referendum in response to the widespread judicial corruption in Peru, the people are still waiting for results. Cardinal Pedro Barreto gave a stern reminder to the government in a Saturday interview with Peru’s RPP network to say that Peruvians deserve quicker action.

“We have to strongly insist in this happening now as the whole country is listening,” Barreto said. “The referendum is the only constitutional way that the people can make a change.”

The referendum regarding possible changes to the judiciary would allow a popular vote that some 75 percent of Peruvians would vote in favor of, according to an Ipsos poll.

“We are very upset with the slowness with which this process is taking in respect to the referendum,” the Cardinal said.

“If those in charge of hiding the corruption and moral putrefaction that exists say no crime was committed, everything becomes a lack of ethics and they’re sentencing themselves by saying that,” Barreto said.

With a judicial reform board already established to investigate possible crimes involving bribery and kickbacks, President Vizcarra has promised for months to make quick changes to that branch of government.

“There is no time to lose and we are acting swiftly and with severity to generate the changes that all of Peru desires,” President Vizcarra said in early July. “There is no security without a good justice system and, without that, there is no institutional stability, investments or economic and social developments. There is no way forward with corruption.”