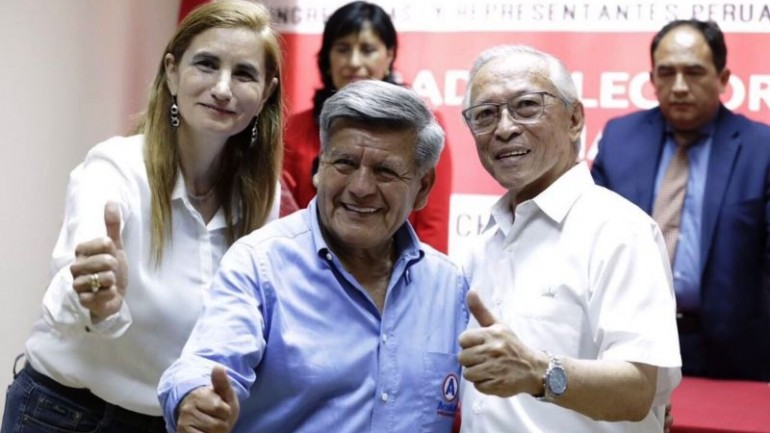 Cesar Acuña’s vice presidential candidate, Anel Townsend, has withdrawn her candidacy for Congress in the latest sign of mass desertions from the former Trujillo mayor’s campaign.

The former congresswoman and Cabinet minister said that she would not resign the presidential ticket because that would disqualify Acuña from the race. A statement implied that ethical and legal scandals surrounding Acuña prompted Townsend’s decision.

“I do this in accordance with my record of fighting for public transparency because I believe that the clarification of questions raised last week should be a priority,” Townsend said in a statement.

Townsend has not shared photos of her campaigning on any of her social media accounts since Feb. 23, the day El Comercio revealed that Acuña had forged signatures on a university resolution declaring him a coauthor of another professor’s textbook he later published under his own name.

While Townsend’s presence lent the Alliance for Progress ticket significant credibility with women and voters whose top priority is government corruption, Lay as second vice president was an endorsement for Peru’s large Protestant community. Now that both politicians have distanced themselves, analysts are watching for more departures from the coalition and a further drop in support for the founder and owner of Cesar Vallejo University.

Meanwhile, Acuña’s campaign faces a possible removal from the ballot in 2016 elections for listing a false address as his residence on his official candidacy application. Electoral authorities are also investigating charges of vote-buying in Lima and Piura, a charge punishable by disqualification from the election.