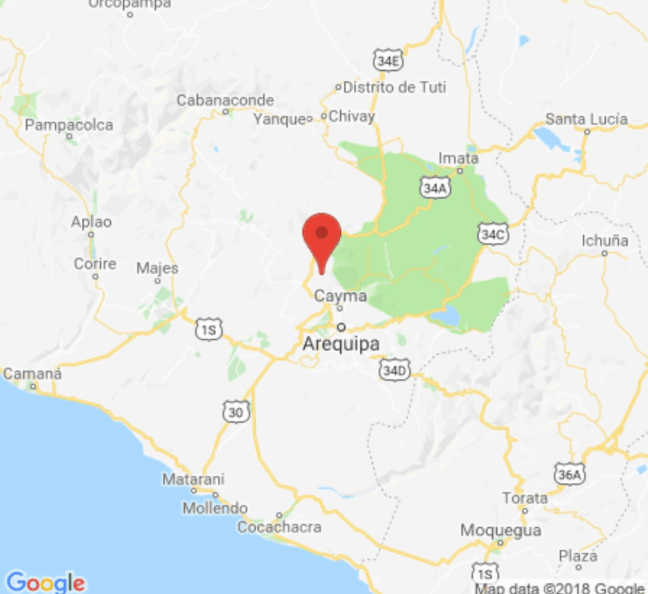 A strong, 5.8-magnitude earthquake woke up residents of Arequipa at 6:20 a.m. on Friday morning. The epicenter of the earthquake was just a few kilometers northwest of the city as it originated near the town of Yura, according to the Geophysical Institute of Peru. Residents reported that they felt the temblor in Arequipa city

It was the second of two early morning quakes in Arequipa, as another 4.5-magnitude earthquake was felt at 4:08 Friday morning with an epicenter near the town of Vitor, according to the institute.

As of this posting, there were no reports of people harmed or property damaged. However, Peru’s National Emergency Operations Center released a statement Friday warning locals to take precautions and confirming that it was closely monitoring the situation in Arequipa. That statement added that the quake was felt as “moderate” in downtown Arequipa.

Arequipa was not the only place in Peru that was getting shaken up by an earthquake as it followed a 5.0-magnitude tremor in the Amazon that struck around 11:30 p.m. Thursday.

The region of Arequipa is still battling raging forest fires that have destroyed more than 6,000 hectares of land. Those fires were mainly concentrated in the Agua Buena, Totorani and Pichu Picchu districts of the region, as well as in the region of Moquegua.