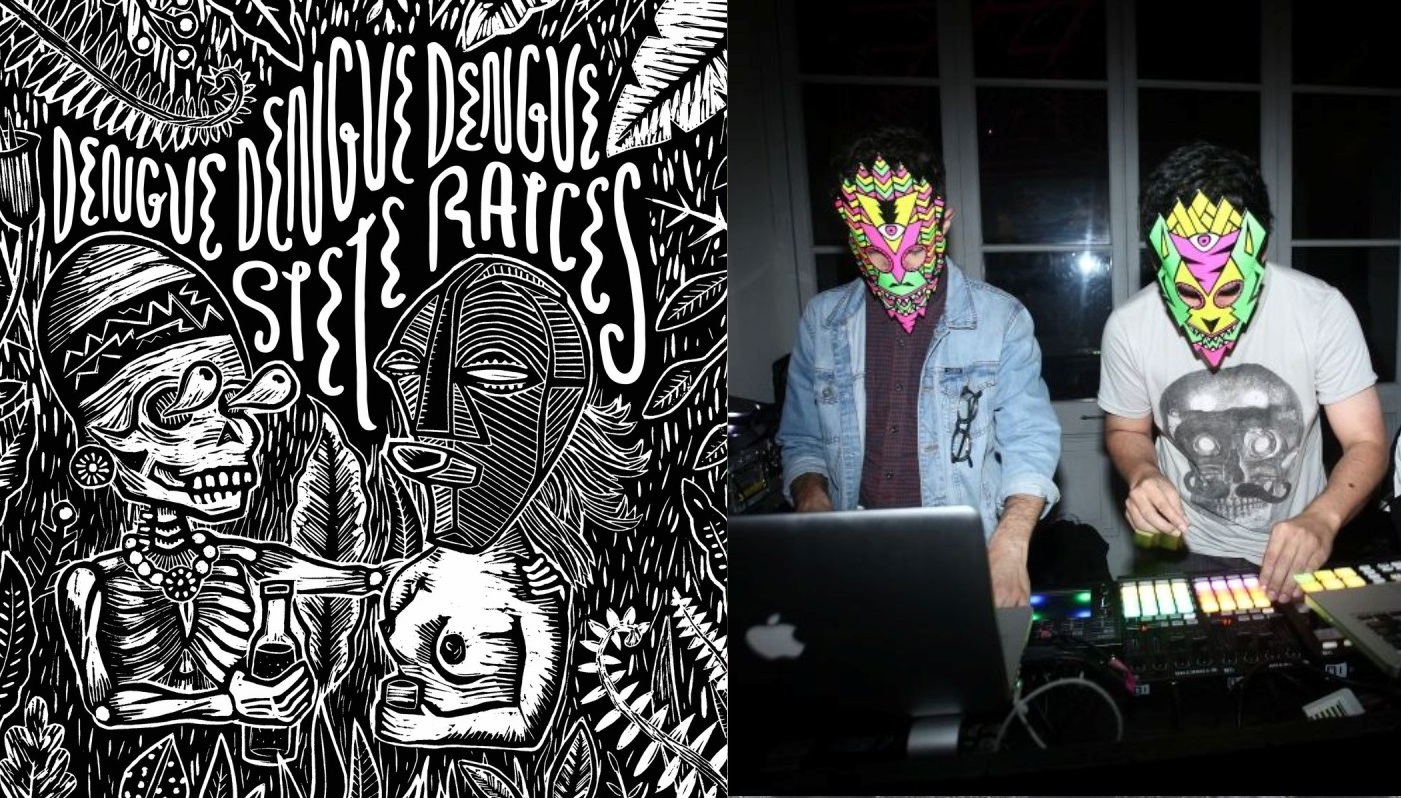 “Siete Raices,” which means “seven roots” and is the name of an herbal aphrodisiac tea taken in the Amazon jungle, sheds the darkness of the group’s previous work and carries a running thump similar to the fusions found in Western music. The album has been hailed in reviews by NPR, Vice, Remezcla and more.

Group members Rafael Pereira and Felipe Salmon started Dengue Dengue Dengue six years ago as an experiment. Now they play some of Europe’s biggest festivals such as Roskilde in Denmark and Sonar in Barcelona.

The Lima duo mixes native rhythms with heavy bass and strong notes of cumbia, a music which originated in Colombia that has spread across Latin America and developed its own variant in each country, and other Latin genres. Donning psychedelic handmade masks, the art school graduates are inviting modern Peruvians away from their preferred American or European musicians.

“The middle class is really small in Peru, and around those kids, sure, it’s cool or even hipsterish to listen to cumbia, but if you’re talking about Lima in general, most people are into reggaeton or salsa,” Periera told the Resident Advisor. “I was never in a cumbia band or anything like that before. I was just making electronic music, and then I found this sound.”

Though Dengue Dengue Dengue growing fame comes after making music for nearly 10 years. They began experimenting at Lima clubs in 2007 with the art group Colectivo Auxiliar, sometimes to crowds of no more than 30 people. It was only in 2010 that they shifted to electronic music and began sampling native sounds.

The group released “La Alianza Profana” in 2012 and their second “Serpiente Dorada” in 2014. “Siete Raices” was released in June.

“The Peruvian duo have turned in an album that is more complex and more considered than their two previous releases,” Beverly Bryan writes in Remezcla. “It is a succinct, nine-track statement with an emphasis on narrative and atmosphere produced with painterly care. Since each of these tracks is pure, kick-back-with-your-good-headphones-on pleasure, it’s hard to imagine anyone being disappointed by this outcome.

Listen to “Dubcharaca” below, which Salmon explains is a combination of dub reggae and the guacharaca, an instrument used in Colombia’s vallenato music.