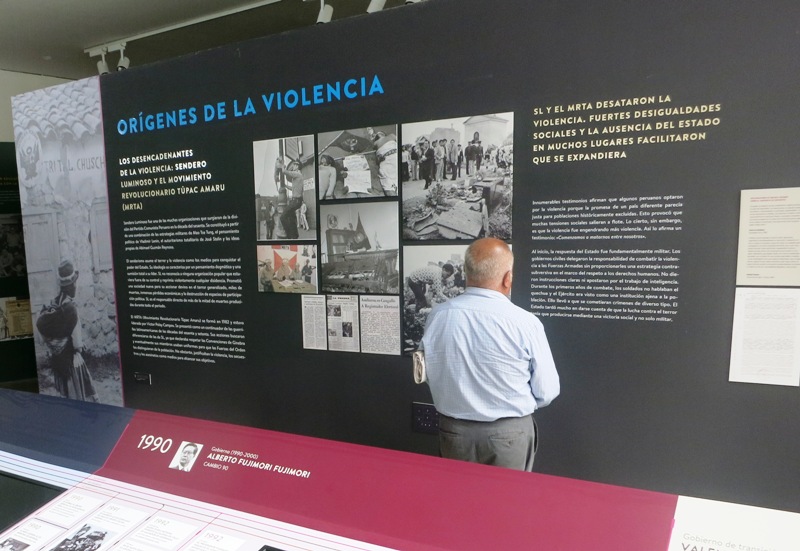 The Lugar de la Memoria museum was inaugurated in Lima yesterday to commemorate victims of Peru’s armed conflict with the Shining Path and MRTA.

While the “Place of Memory” museum officially opened its doors to the public today, President Ollanta Humala inaugurated the culture ministry’s latest project last night in a nationally televised speech.

“This place should unite us under the idea that never again should such terrorist practices return,” Humala said. “We have to reconcile with the past. We must remember not to repeat history, but advance in strengthening democracy and democratic values.”

Given the museum’s full name of “Place of Memory, Tolerance and Social Inclusion,” Humala also denounced how Peru’s armed forces assumed all the Andean peasants they were sent to protect were guerrilla rebels while the highland villagers assumed all soldiers were rapists.

“Everybody was wrong and that is part of what we must remember,” Humala said. “Tolerance makes us become present here and now, and to try to reconcile, but reconciliation must be based on justice and truth to be real.”

The museum features three floors of exhibits showcasing the rise of the Shining Path and Tupac Amaru Revolutionary Movement (MRTA), each group’s various attacks on civilian and military targets, atrocities committed by Peru’s security forces, newspaper clippings of various headlines from 1980 to 2000 and video testimony from several family members of the conflict’s victims.

“The past is not something that is behind us,” museum curator Victor Vich told El Comercio. “It is an internal dimension of the present, it lives within it. It has debts and demands to be restored.”

Peru’s Truth and Reconciliation Commission determined that over 69,000 people lost their lives during the armed conflict between 1980 and 2000.

The museum is built into the side of a cliff overlooking the Costa Verde and Pacific Ocean in Lima’s Miraflores district.