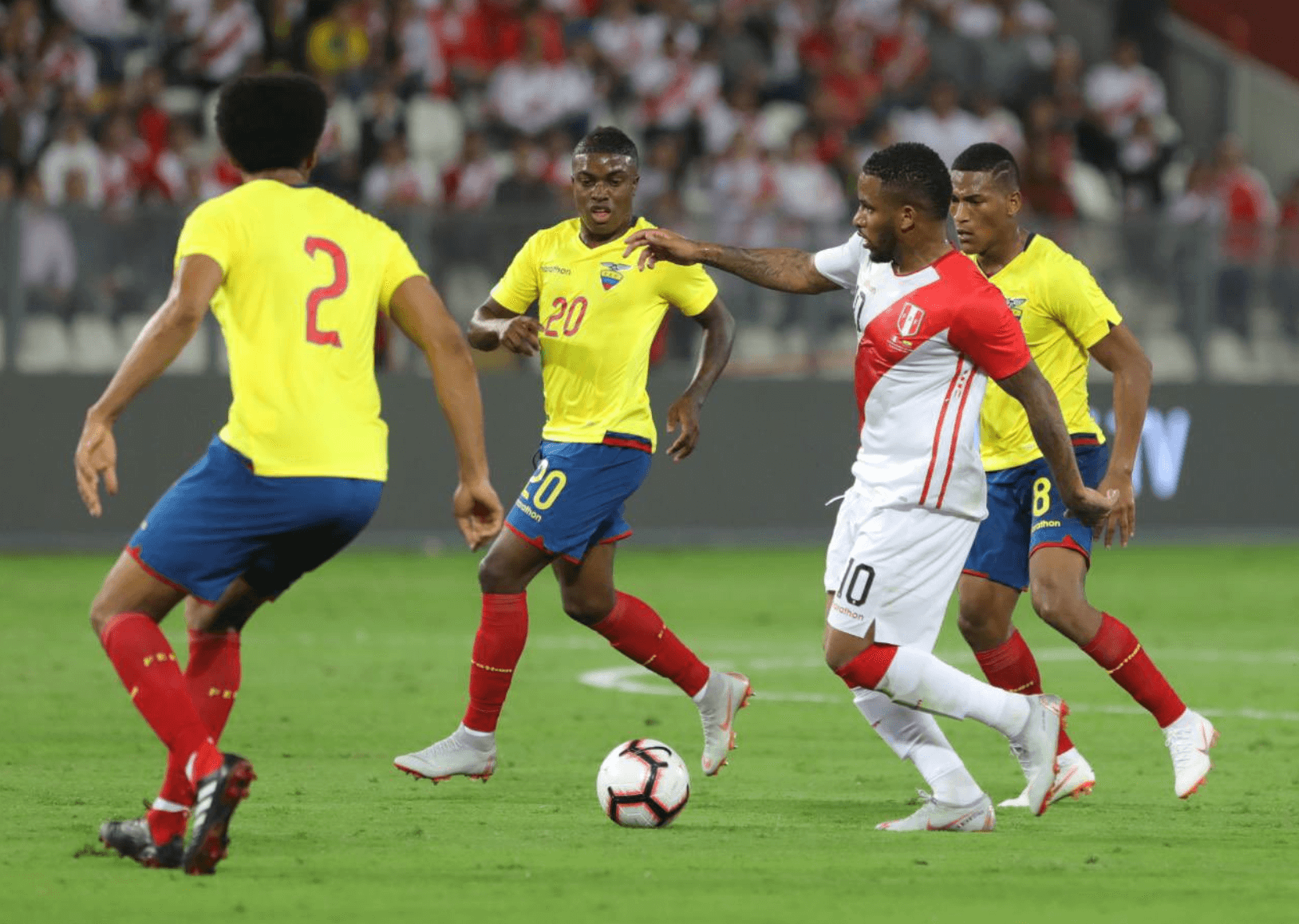 Peru’s World Cup hangover continues as it lost 2-0 to rival Ecuador in the friendly at Lima’s National Stadium.

La Blanquirroja is now 1-3-1 since the end of its disappointing show at the 2018 World Cup in Russia.

In the early going, Peru looked to have a quick goal as Raúl Ruídiaz’s try was true, but he was flagged for offsides and the game remained scoreless.

Ecuador struck first with a 47th-minute goal from its star Antonio Valencia. The Manchester United right-back converted on a left-footed shot from the top of the box to which Peruvian keeper Pedro Gallese was too slow in reacting.

Ten minutes later, it was Peru that had the chance to tie when André Carrillo received a beautiful ball from Renato Tapia, but the right-winger’s header was just wide of the mark.

Forward Jefferson Farfan later had his try on goal knocked away as Peru came up short in its efforts to get on the board.

The Ecuadorians proved to be the more physical side with a suffocating defense that stymied Peru’s creativity. Peru was once again unable to capitalize on the opportunities it did have, which has been a constant theme for coach Ricardo Gareca’s side ever since its World Cup opener against Denmark.

This was the first of a two-game home stretch for Peru as La Blanquirroja will return Tuesday to face Costa Rica in front of a sold-out crowd in Arequipa.