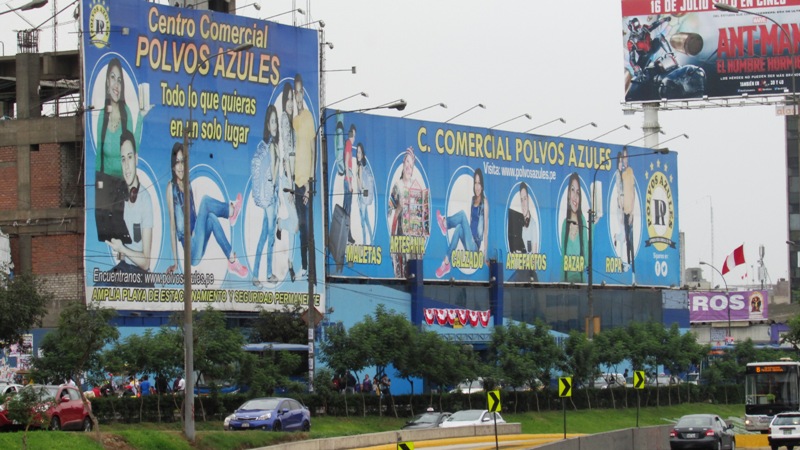 Over 800 police officers and 15 prosecutors raided the shopping center in the La Victoria district just blocks from the historic city center. Mall security guards dumped acid on police in an attempt to prevent the raid.

“They are clothes with luxury brands that are clearly being pirated,” said Arturo Prado, the investigating prosecutor who led the raid. “They’re going against the intellectual property rights of companies that pay taxes to the state.”

Prado added that the sellers of falsified clothing will be charged with violating intellectual property, a crime punishable by two to five years in jail.

In 1993, the Polvos Azules shopping center was built to house over 2,000 informal vendors who had occupied the original Polvos Azules market in what is now the Alameda Chabuca Granda behind the Government Palace.

Today 4,000 to 5,000 shoppers visit the 172,000 square-foot shopping center every day. The Polvos Azules association director Maribel Gutierrez says that over 90% of vendors are formal businesses which pay taxes to SUNAT.