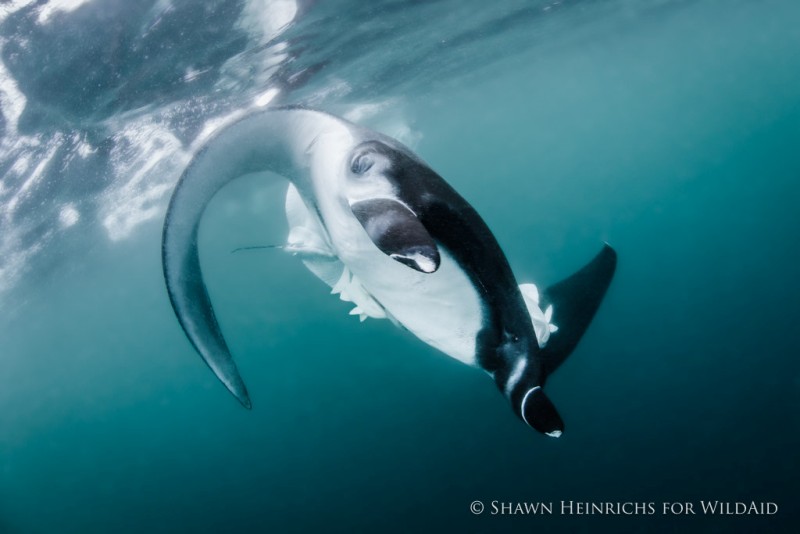 Peru has enacted a law prohibiting fishing and extraction of manta rays in its coastal waters.

The new prohibition comes less than one year after a group of fishermen in Tumbes hauled a one-ton manta ray ashore. The men said the manta ray was hooked by their vessel’s anchor and hauled it to shore after it tired of hauling the ship.

Even in cases of accidental captures as the Tumbes fishermen claimed, extracting manta rays from Peruvian waters is now a crime under the new law.

“The landing, transport, capture, processing and/or sale of the giant manta ray species, Manta birostris, is prohibited throughout the Peruvian coast,” reads Article 2 of Resolution 441-2015-PRODUCE.

“In the case of an accidental catch of the species mentioned in the previous paragraph, [the manta ray] must be returned to its natural habitat immediately, without damaging the specimen, so that it cannot be sold for human consumption.”

Violators can be fined and have their fishing licenses revoked for up to six months. The law also tasks Peru’s oceanic institute IMARPE with monitoring manta ray populations in Peruvian waters.

The Tumbes fishermen ultimately fetched $0.08 per pound for the one-ton manta ray, which was likely butchered and sold in Peru’s Lambayeque state, where eating manta ray is believed to boost libido. Manta rays are also caught for their gill plate cartilage, which is used in Chinese herbal medicine.

The International Union for Conservation of Nature (IUCN) has classified the giant manta ray as vulnerable due to increased fishing and the rays’ low reproductive rate.

“Dive tourism involving this species is a growing industry and it has been demonstrated that sustainable tourism significantly enhances the economic value of such species in comparison to short-term returns from fishing,” reads the IUCN website.

“Manta ecotourism is a potential source of income for the fishermen,” a government official told National Geographic.