Peru slips up to Holland 2-1 in international friendly 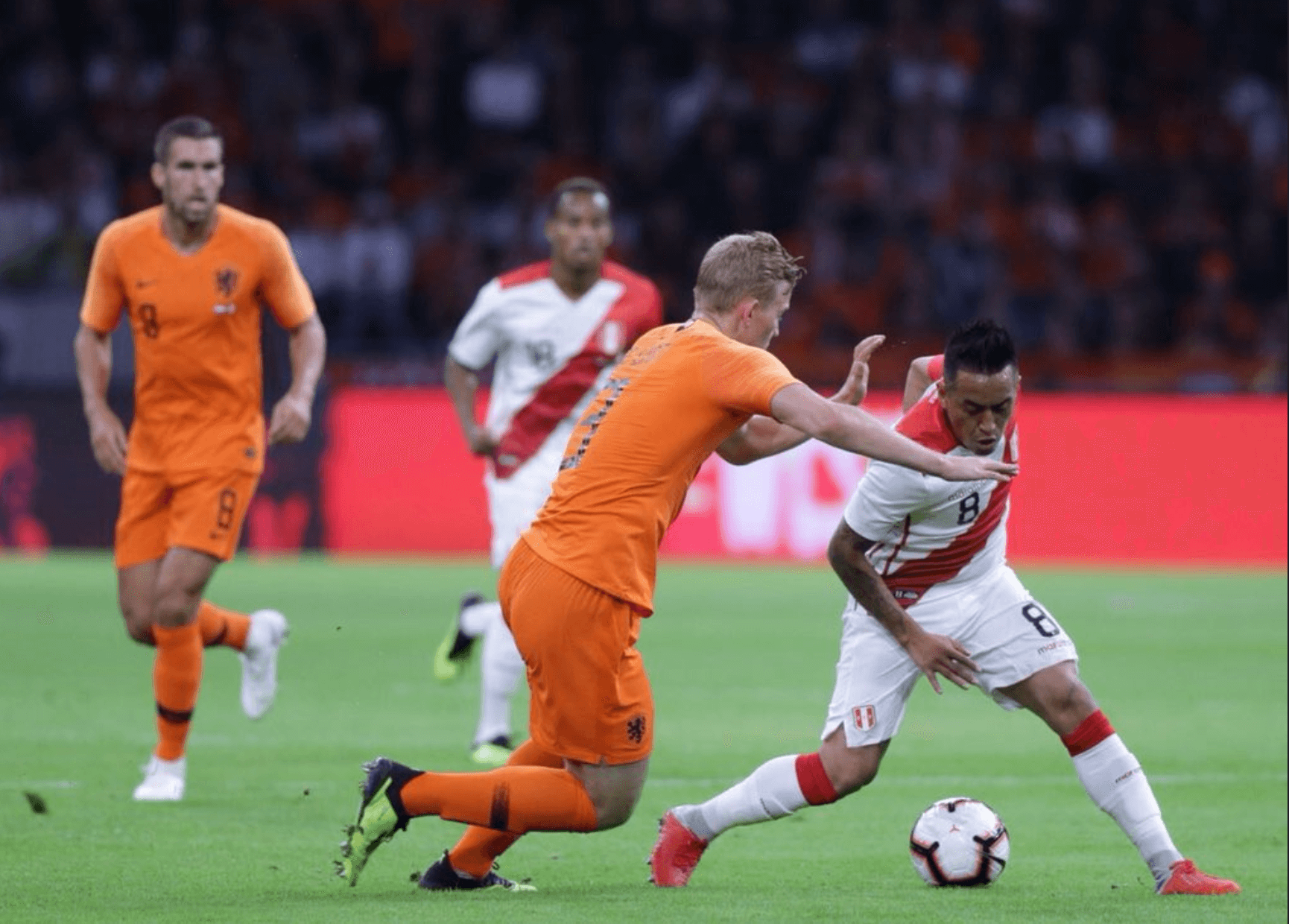 A promising first half gave way to a second-period collapse for Peru as signs of a World Cup hangover loomed.

While playing the first of two friendlies this week against elite competition, the men’s national team wasn’t quite able to get over its disappointing showing in Russia as The Netherlands topped La Blanquirroja 2-1 Amsterdam.

Without captain and all-time leading scorer Paolo Guerrero, Peru will have to turn to new and younger faces for goals. Enter 23-year-old midfielder Pedro Aquino, who nailed home a beautiful header off a corner kick from 26-year-old Christian Cueva in the 13th minute.

That early goal put La Blanquirroja up 1-0 despite being the visiting underdog. But the home team came right back with a flurry of chances in the first half from stars like Memphis Depay and Wesley Sneijder.

At the start of the second period, the two sides traded a pair of close calls as Peru’s Miguel Trauco had his shot saved well by Dutch keeper Jasper Cillessen. A few minutes later, Ruud Vormer had a one-on-one opportunity against Peru goalie Pedro Gallese, but the veteran keeper was saved by a missed opportunity from The Netherlands.

The Oranje finally got its goal in the 60th minute when Depay bent in a shot from the top of the box that fit into the bottom right corner past Gallese.

In the 83rd minute, Depay notched home his second goal of the night to give the result to the Dutch.

Coach Ricardo Gareca‘s side did well to fight for as long as it did Thursday against the 2010 World Cup runner-up, despite fading in the second half.

Peru will return to the pitch on Sunday to take on the 2014 world champs, Germany, in the German town of Sinsheim.