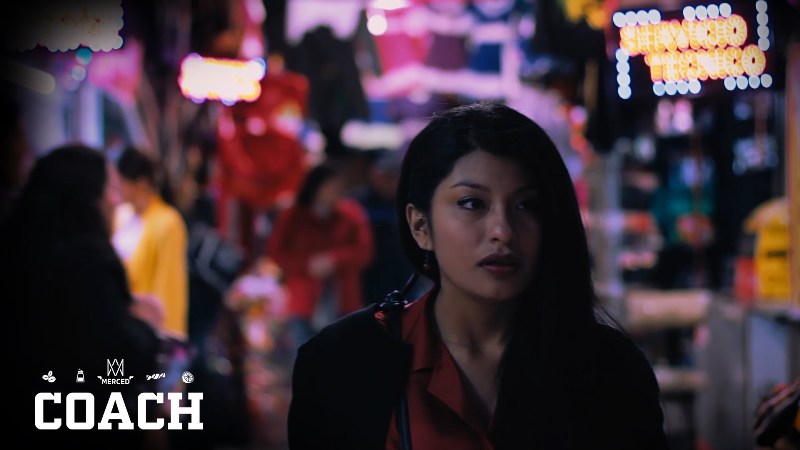 The 20-year-old folklore singer whose hits including “La Tetita” and “Cerveza, Cerveza” have more than 40 million views on YouTube will make her debut on the big screen in “Coach,” to be released in July. The film follows Sulca’s stint on the Peruvian television show, “Vacations in Greece.”

Sulca stars as Marian Aguayo, the kitchen manager of a Peruvian restaurant in Santiago who is selected to succeed the director of an executive coaching firm. The director’s all-female team of fellow coaches subjects Sulca to a variety of hazing and intense training to transform her from a simple, hardworking immigrant into a corporate executive.

“Everywhere I was, I felt the love of the people. They treated me very well. I was never discriminated against or anything bad,” Sulca told Chilean magazine, The Clinic. “What strikes me in Chile is the huge number of Peruvians living here. Just seeing all the restaurants from my country. I don’t know where this supposed rivalry comes from. For me, Chile and Peru are sister nations. We should not look at the past.”

Sulca told El Comercio that she is looking to move beyond folklore music. The singer who still lives in Lima’s lower-income San Juan de Miraflores district has released Spanish-language covers of songs by Madonna and Miley Cyrus.

“In folklore, my mom and I know where to record, what producer to call, how to disseminate what we create, etc. With pop, however, we are learning. And we want to do it right,” Sulca said.

Sulca will also release an autobiography this year titled “The true history of Wendy Sulca, beyond the breast.” The title is inspired by her most famous song, a child’s ode to breastfeeding.

Watch the trailer for “Coach” below.