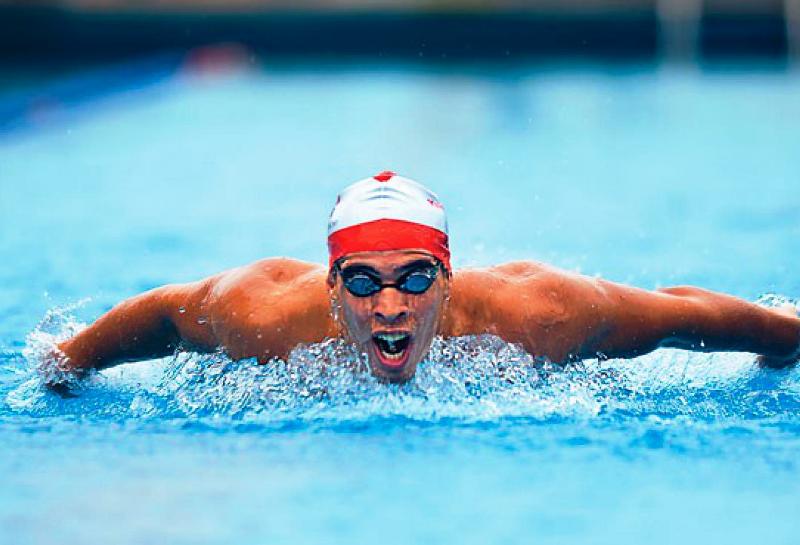 Peruvian swimmer Mauricio Fiol has been banned from swimming competitions for four years after testing positive for steroids in the 2015 Panamerican Games.

The International Federation of Swimming (FINA) issued a press release announcing it would punish Mauricio Fiol with a four-year ban from the sport for testing positive for stanozolol during the 2015 Pan American Games in Toronto.

“I’m sad and disappointed,” Fiol tweeted after the FINA decision. “FINA applied the maximum penalty of four years of suspension. What annoys me most is that the [Peruvian] state left me all alone.”

Fiol did not dispute the results of the tests or that he had violated FINA rules. In admitting the violation but claiming that he was unaware of how he ingested the banned substance, he hoped he would only be suspended from swimming for two years. But FINA ruled that, according to its anti-doping protocol, the burden of proof lies with the athlete and Fiol failed to prove he unintentionally took the drug.

“The FINA Doping Panel is not satisfied that on the balance of probability the Athlete has not intentionally committed an Anti-Doping Rule Violation,” reads the FINA statement which banned Fiol from swimming until July 2019. “All results obtained by the Athlete as of 12 July 2015 and through the date of this decision are disqualified. Any medals, points and prizes achieved during that period shall be forfeited.”

On July 14, Fiol won the silver medal in the 200-meter butterfly at the Pan American Games in Toronto with a time of one minute and 55 seconds. The silver-medal performance instantly qualified him for the 2016 Olympics. Fiol was stripped of his medal, however, when results from a drug test taken two days prior to the event came back positive for stanozolol.

Commonly known as Winstrol, stanozolol is the anabolic steroid which made headlines when Canadian sprinter Ben Johnson tested positive for the substance after beating Carl Lewis in the 100-meter sprint at the 1988 Summer Olympics.

Fiol was one of two Peruvian athletes to be stripped of a medal at the 2015 Pan Am Games. Marathoner Gladys Tejeda was stripped of her gold medal after she tested positive for a banned diuretic.