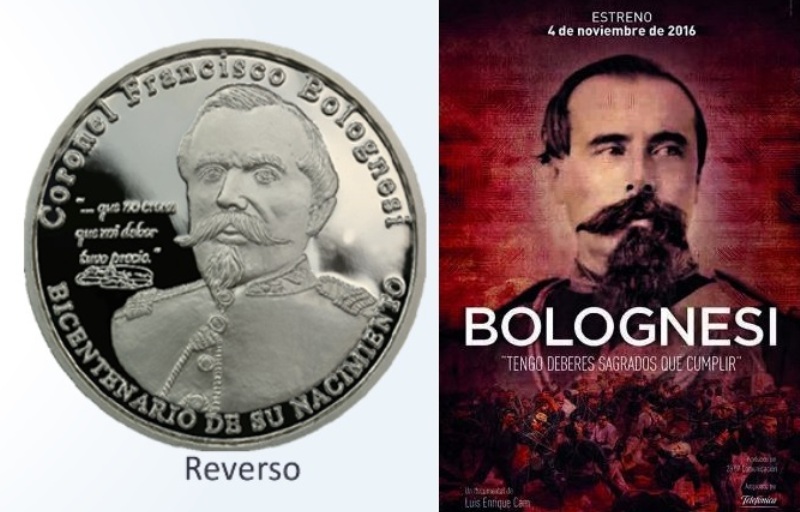 Peru’s central bank has issued a coin honoring 19th-century war hero Francisco Bolognesi, who was killed by Chilean invaders in 1880 during the War of the Pacific.

The bank will issue 5,000 of the coins to celebrate 200 years since the birth in 1816 of Bolognesi, the general who commanded Peru’s southern port city of Arica when it was surrounded by Chilean land and naval forces.

Despite being outnumbered by more than three to one, Bolognesi refused to surrender to a Chilean military envoy on June 7, 1880. Almost 1,000 Peruvian soldiers died in the ensuing assault on Arica, which remains Chilean territory today. Other Peruvians who perished that day include Alfonso Ugarte, Roque Saenz Peña and Ramon Zavala.

“Don’t let them believe that my duty had a price,” reads the new coin’s inscription, taken from a letter Bolognesi wrote to his wife before his death.

The new coin comes just days before the release of a documentary on Bolognesi’s life. “Francisco Bolognesi: I have Sacred Duties to Fulfill” premiers at the Telefonica auditorium in Lima this Friday.

“Bolognesi and officers who accompanied him knew very well that the decision they had taken meant their sacrifice for national honor,” film director Luis Enrique Cam told Andina.

Watch the trailer below.