Three in Peru’s navy accused of spying for Chile 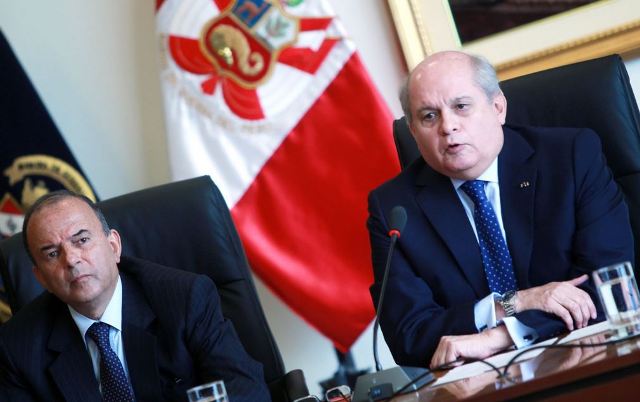 Two Peruvian sailors are accused of providing information to Chile from 2005 through 2012.

Johnny Philco, a communications technician, and Alfredo Dominguez, an intelligence analyst, are being held in the Naval Base of Callao pending the completion of an investigation into espionage for Chile. A third sailor, only identified by the surname Gonzales, is currently under investigation.

In April 2014, Naval officers realized there was an information leak among petty officers. An investigation was launched without informing officials in Chile. Charges were filed against Philco and Dominguez in July and October of 2014.

On Thursday morning, Defense Minister Pedro Cateriano disclosed the espionage case in a press conference. He demanded severe punishment if the sailors are found guilty.

“It’s absolutely reprehensible and shameful that sailors in our Navy have offered themselves to furnish this kind of information… We encourage the military courts to act quickly and, if they are found guilty, apply the maximum penalty under the law.”

Cateriano added that the alleged espionage took place during the previous government of Alan Garcia. Philco provided information between 2005 and 2012, Dominguez from 2011 to 2012, and Gonzales between 2010 and 2012.

The sailors were discovered to have taken trips to Brazil, Bolivia, Argentina and most frequently to Chile. Cateriano added that their salaries would not have supported that many vacations.

In June 2012, Alfredo Dominguez met with Chilean Navy officials in Sao Paulo, Brazil to allegedly deliver an encrypted thumb drive. He claims he met with Italian businessmen who offered him money for information on the Peruvian fishing industry.

Cateriano declined to provide more details as the investigation is ongoing. “Obviously we would have to demand an explanation [from Chile] for this grave act which could affect bilateral relations.”

Cateriano was accompanied by Vice Chancellor Claudio de la Puente, who insisted that this case has no connection to the recent maritime border dispute between Peru and Chile decided by the International Court of Justice in The Hague. “I want to make clear that decision was rendered in a thorough way, and there is no link between these two cases.”

Alvaro Elizalde, Secretary General of Michelle Bachelet’s government in Chile, confirmed that they have not received any communication from Peru in regards to the alleged espionage.