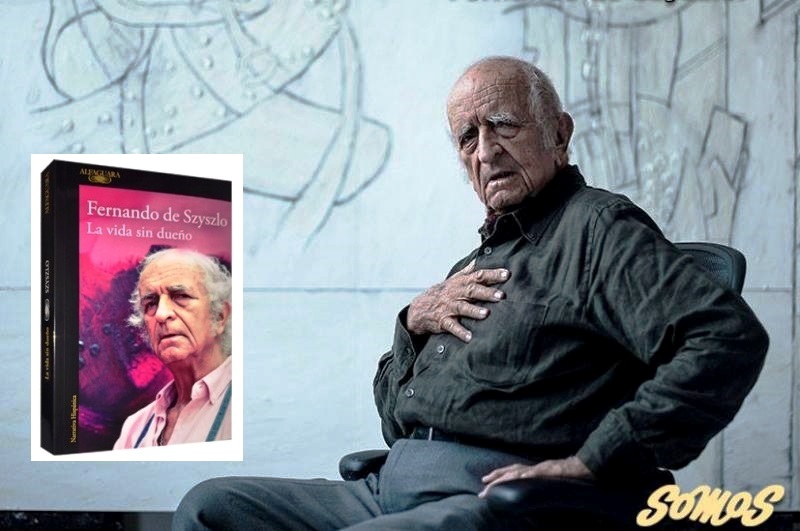 Peruvian painter Fernando de Szyszlo has published “Life without an owner,” an autobiography detailing the “friends, loves and ghosts” of his life.

The 290-page book is the first by the 91-year-old artist and recipient of the Order of the Sun of Peru award who is Peru’s most celebrated living painter and artist. The book tells his life story through friendships and romances.

“[The title] is an illusion to the fact that I have never had a boss. I’ve always been independent, so I have not had to be careful in what I say. I have been able to sound off on politics or whatever with complete abandon, complete sincerity,” Szyszlo told Somos magazine. “With complete irresponsibility too…”

The book tells of de Szyszlo’s friendships with Peru’s leading artists of the 20th century including Javier Sologuren, writer Sebastian Salazar, painter Servulo Gutierrez, Jorge Eielson and more. De Szyszlo told Somos that his best friend, if he had to choose one, would be Novel laureate Mario Vargas Llosa.

De Szyszlo tells of his early flirtations with the leftist politics common among Latin American artists of the mid-20th century. He also explains his evolution into a free-market advocate and his support for Vargas’s 1990 presidential campaign.

“[Mario] is a person of unquestionable character and honor,” de Szyszlo said. “The only time I got involved in politics was with Mario … [He] lost, but his ideas didn’t. Fujimori was a populist during the campaign … But when he was elected they made him understand that [his policies] would be fatal for Peru. Mario’s political ideas were what won the 1990 elections.”

The memoir also details his romantic relationships including his marriage to poet Blanca Varela.

“I’m a person who believes in love, and I feel that one of the things the younger generations lost is that ability to love, that ability to feel another as a sacred being, respectable, mysterious, etc. For example, I see people make love too easily. It’s a passing thing of no importance to them.”

Fernando de Szyszlo is one of the world’s most recognized painters of abstract art. His 1968 masterpiece, Inkarri, in on display at the Blanton Museum of Art on the University of Texas campus in Austin. His other paintings are showcased in museums across Latin America, North America and Europe. He has lectured at Cornell, Yale and Texas universities.

Currently available only in Spanish, “La vida sin dueño” is published by Alfaguara and on sale for $20.