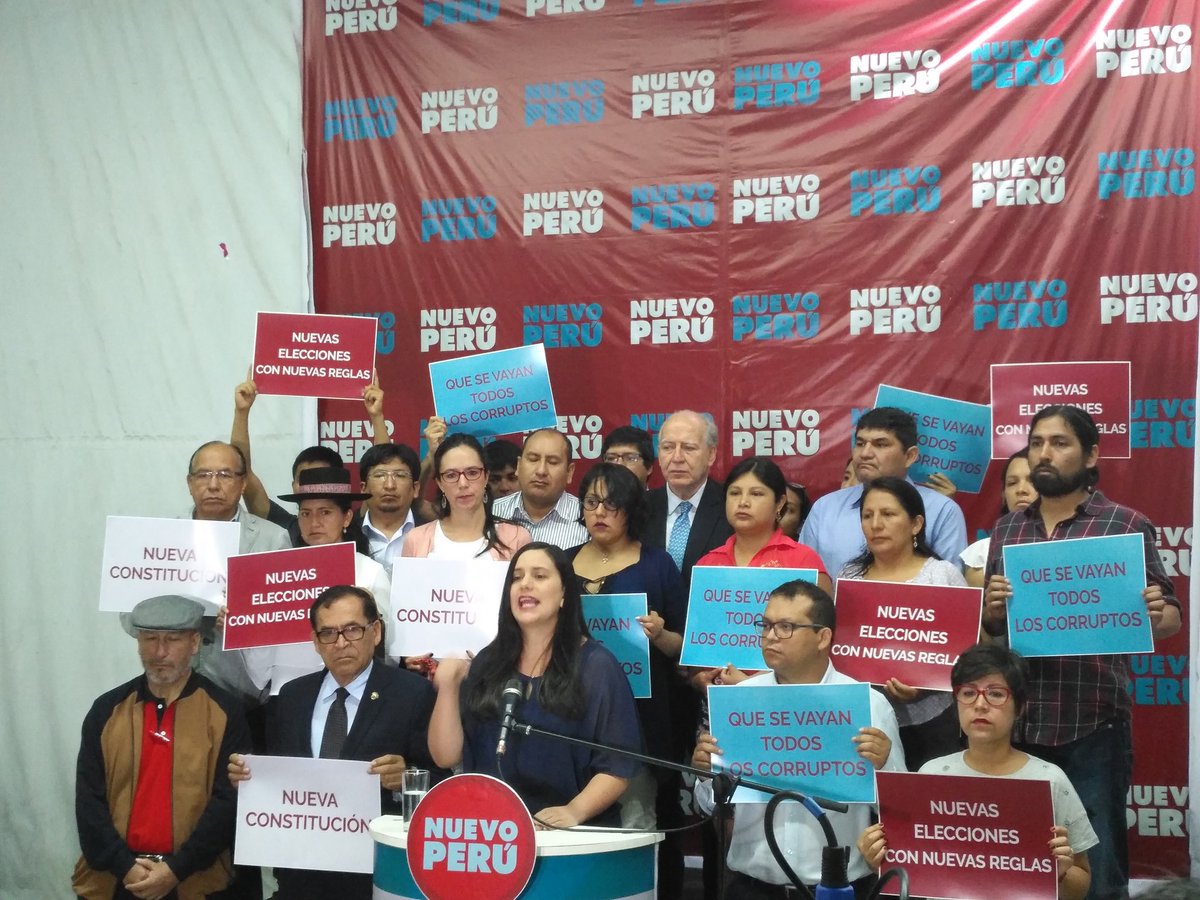 As former Vice President Martín Vizcarra is set to be sworn in as Peru’s next President on Friday, an opposition party has already started calling for him to arrange for general presidential elections.

Verónika Mendoza, a former presidential candidate and current leader of the New Peru party, led a press conference Thursday morning calling for a “democratic transition” that includes Vizcarra stepping aside to pave the way for special elections in the wake of former President Pedro Pablo Kuczynski’s resignation Wednesday. Mendoza said a reset on elections would give other parties the chance to put a candidate in the office that isn’t backed by corporate interests.

“What we ask from Martín Vizcarra is that he rapidly pushes through a strong electoral reform for these new elections that can be honest and not perpetuate the corruption of (the National Confederation of Private Business Institutions) to put their candidate in place, with big business financing their candidates,” Mendoza said at the press conference.

In a Tweet on Thursday morning, Mendoza added that Vizcarra should put in place guarantees to fight corruption and reactivate the economy and employment opportunities during his interim presidency.

According to the Constitution, Vizcarra has the option of either accepting the presidency full-time or resigning and eventually allowing for the special elections if the second vice president also resigns.

Last week, Reuters reported two sources close to Vizcarra said he had no plans of resigning to make way for the special elections.

Leaders from Vizcarra’s own party have questioned his loyalty to Kuczynski after the former president said during a December impeachment vote that both his vice presidents would step down if he was impeached. Vizcarra later contradicted Kuczynski by refusing to sign a letter before the December vote, according to Reuters, which ultimately failed.

Vizcarra, who turned 55 on Thursday, Tweeted out Wednesday night that he would be returning to the country from his split duties as Peru’s Ambassador to Canada to assume the presidency.

“I’m angered with the current situation just like the majority of Peruvians,” he said on Twitter. “But I believe that together we will demonstrate that we can again move forward. That’s why I will return to Peru to put myself in service of the country, respecting what the Constitution orders.”

Vizcarra, a former civil engineer, was initially named as Kuczynski’s Transport Minister before a controversy over an airport contract forced him to resign and become ambassador to Canda.

In a poll published by Peru’s La Republica newspaper and taken before news of Kuczynski’s resignation, half of the country said it would be in favor of special elections if Kuczynski was impeached.