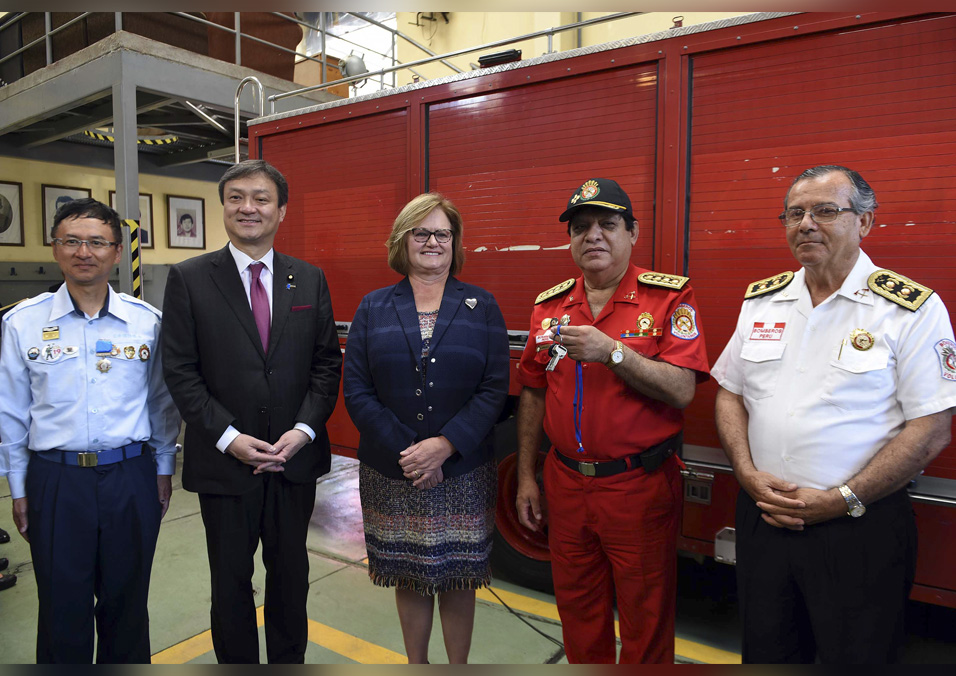 Japan has donated 10 vehicles to Peru’s National Firefighting Group (INBP), which will be sent to voluntary firefighters in Lima, Callao and Madre de Dios, according to a statement from the INBP website.

This donation was made possible by the Office of Support to the Spouse of the President of Peru, set up in 2016 and led by Peru’s first lady Nancy Lange to help social causes. The office has also helped organise training on how to use and maintain the vehicles by Japanese firefighters.

The vehicles consist of four small fire engines, four ambulances, a water tanker and a first response truck. They were handed over in an official ceremony in San Borja at the Cosmopolitan Voluntary Fire station No 11, with Nancy Lange present as a guest of honour.

Iwao Hori, the Parliamentary Vice-Minister for Foreign Affairs spoke to the news agency Andina, saying that he hoped the vehicles would help to prevent disasters, and that this act would deepen and strengthen the relationship between the two countries. Japan first started donating firefighting vehicles in the 1980s, and the number of items donated has reached over 300. 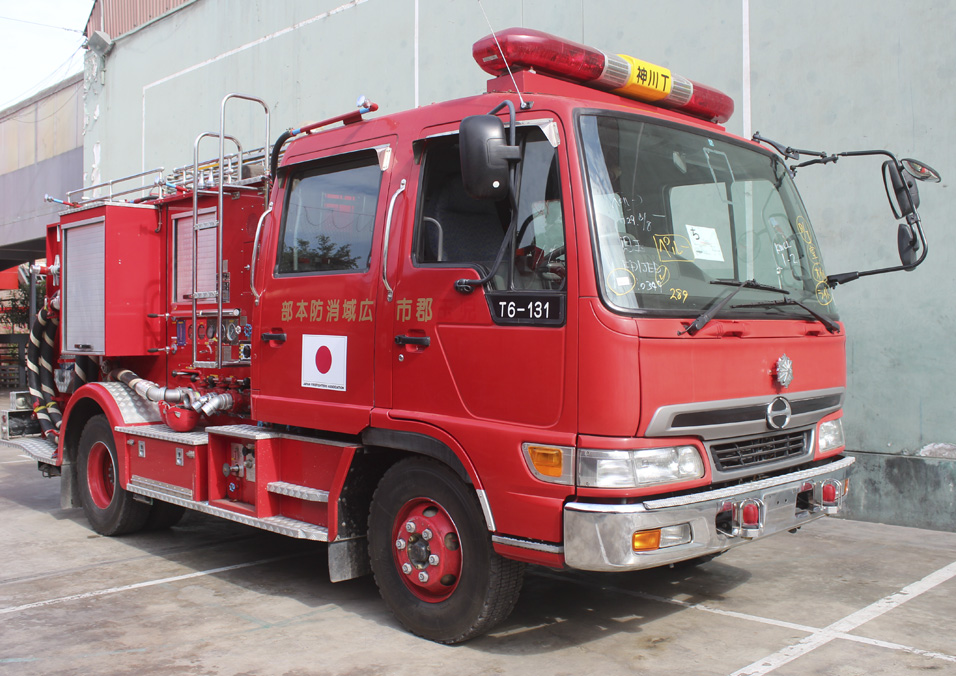 Lima, the capital of Peru with over 11 million people, has a desert climate where it hardly ever rains, meaning any small fire could spread rapidly, some lasting for days. In 2017, there were over 10,000 fires in the Lima and Callao region alone, according to Peru’s El Comercio newspaper.

The General Body of Volunteer Firefighters in Peru (CGBVP) was founded in 1860. But why do they do it? NPR’s podcast Radio Ambulante asked Kenny Flores, a volunteer firefighter in Peru, this question.

“I’m doing my patriotic duty, you know?” he told them. “It’s a way…for us, to try and make the country better.”

When he started volunteering, he was given old, overused equipment, and a helmet from the 1980s. This meant that he (and other firefighters like him) ended up buying his own equipment, which cost him around $1,500 USD, which is an impossible cost for many volunteers.

This understated heroism is supported by the Association of Friends to Volunteer Firefighters (AABV), who lead various campaigns to request donations from both Peruvians and the world. One of the most memorable was led by Quorum Saatchi & Saatchi ad agency, who made a short video called ‘Stripper’ to show people that if the firefighters aren’t supported financially, they might have to turn to other ways to get income:

Continually raising awareness of the heroic acts of these volunteers will encourage more generous donations, like that of Japan. This will, in turn, allow ordinary citizens to save countless lives without unnecessarily endangering their own.