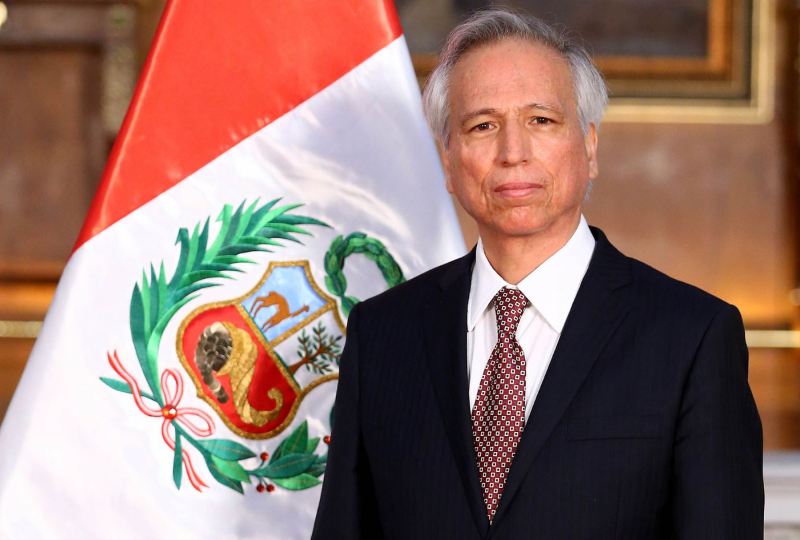 President Ollanta Humala has named law professor Aldo Vasquez as his seventh justice minister after the resignation of Gustavo Adrianzen.

Adrianzen resigned on Tuesday in the midst of a scandal over his disciplining of corruption prosecutor Julia Principe for speaking to the media about money-laundering investigations into first lady Nadine Heredia.

Facing impeachment by Congress, Adrianzen fired Principe before resigning in what became a scandalous week for Peru’s justice ministry and the political parties in Congress in an election cycle. Humala announced his selection yesterday and Vasquez was sworn in last night.

“As befits the rule of law in a democracy and the justice ministry, my personal commitment is to ensure complete respect for the rule of law in this country,” Vasquez said at a ceremony at the Government Palace. “This is a common task in which all branches of government have to help. But as far as my area is concerned, we are committed to that task.”

Vasquez added that he would make Peru’s overcrowded prison a priority of his term.

Vasquez previously worked at the justice ministry as a director of legal consultants and at the communications ministry as a consultant. At the time of his selection, he worked as the dean of social sciences at Antonio Ruiz de Montoya University, a private Jesuit school in Lima.

Vasquez has also worked at the San Martin de Porres University. His areas of expertise are freedom of information and labor law.