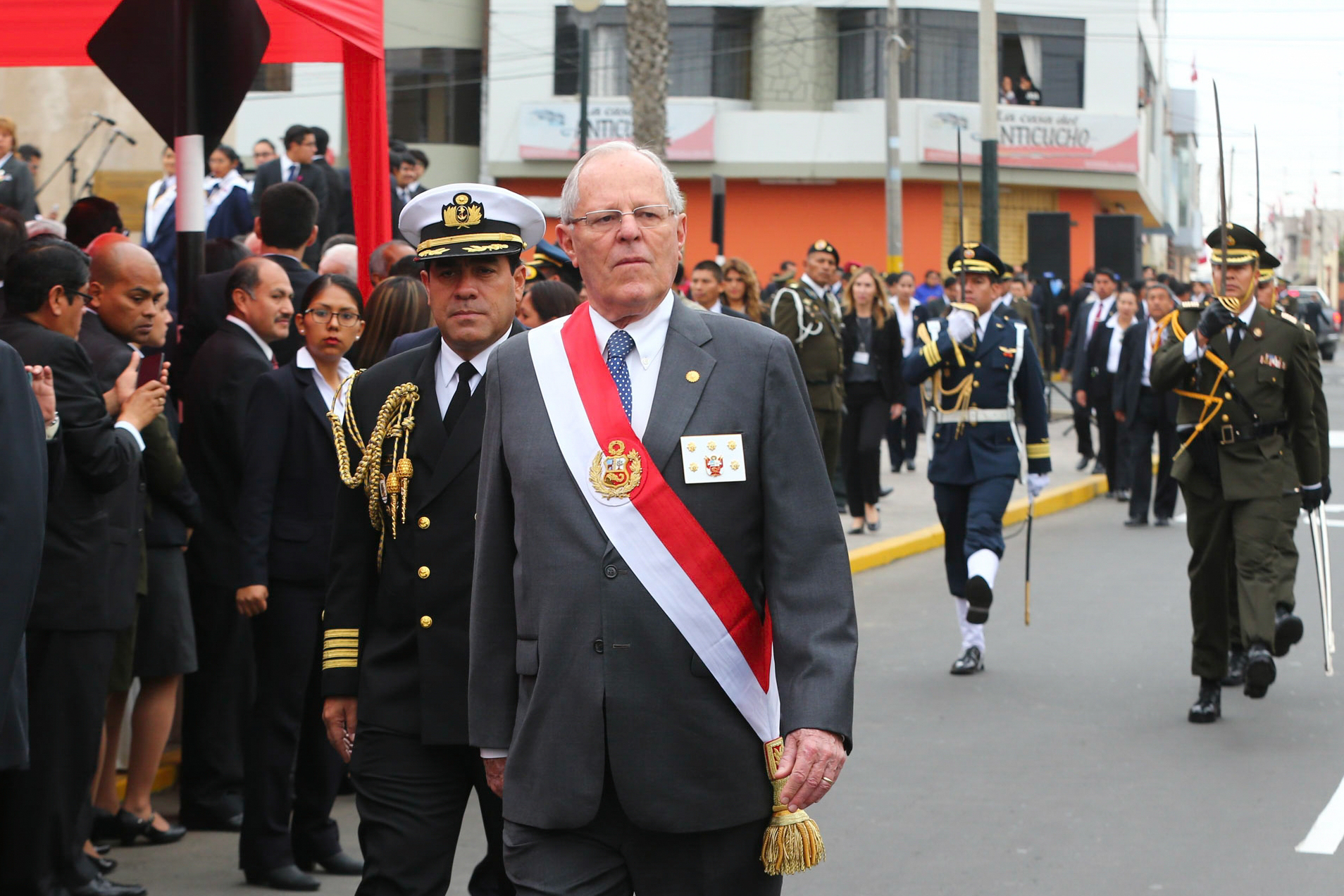 The entire cabinet of Peruvian President Pedro Pablo Kuczynski has been forced to resign as the result of a no-confidence vote by the opposition-led Congress.

Friday’s vote came after opposition lawmakers tried to oust the education secretary for her handling of a two-month-long strike. Peru’s president and prime minister rejected what would have been the second education minister to be ousted this parliament, and instead challenged Congress to vote on the entire cabinet.

This is the first time since 1993 that Peru’s single-chamber legislative branch of government has taken such a step. Kuczynski will likely postpone a planned 8-day trip which would include dinner with US President Donald Trump, a speech at the UN and a meeting with the Pope. The President will now have to appoint 19 new members of his cabinet, which can all be the same except the prime minister, which will be sent to be ratified by Congress. If the choices cannot be ratified the president has the option of dissolving Congress, sending the country back into parliamentary elections.

Keiko Fujimori, Kuczynski’s defeated electoral rival and leader of the opposition Popular Force party, answered Prime Minister Fernando Zavala’s request on Thursday to back his cabinet with a resounding ‘no.’

Kuczynski’s was elected on a center-right platform and his poll ratings have recently been slipping, which may see the opposition attempt to block a new cabinet, confident in the result of parliamentary elections.

Kuczynski’s party has just 15 seats in Congress, the no-confidence vote being passed 77-22. If the opposition decides on a cautious approach and shies away from new elections for fear of losing their majority the president may gain a freer hand in governing for the remaining four years of his term.

“We can’t deliver the head of a minister as a trophy,” Zavala told lawmakers after walking to Congress with the rest of the cabinet in a show of union. “It’s clear to us that the country can’t make progress like this.”

The debate in congress lasted seven hours, during which Kuczynski was painted as out of touch, lacking authority and dangerous.

“If they close Congress, we’re not afraid,” Hector Becerril, a hard-line Popular Force lawmaker, told Reuters, “We’re willing to seek the people’s support again. And it won’t be 13 seats we win, or 73. There’ll be 100 of us!”