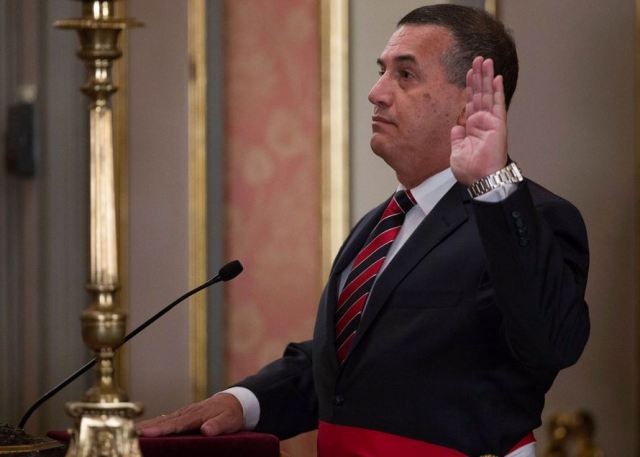 In speaking with Panorama TV on Sunday, Manuel Aguila added that Urresti’s chief of staff, Ibis Vilallobos, is a 34-year-old lawyer with no higher professional degree or experience in management. Aguila provided a document from Human Resources listing the employees’ names, titles and salaries. Vilallobos’ monthly salary of 25,000 soles ($8114) is part of Urresti’s staff expenditure of 149,000 soles.

Aguila insisted that he is not affiliated with any political party. He claims he presented this information to the press out of indignation at the irregular number of advisors compared to other ministries.

Aguila added that, despite the large staff, previously planned reforms have not advanced. Some of those reforms include remodeling public schools, modernizing the Police Hospital and developing electronic communication between police patrols.

Daniel Urresti has developed a reputation for generating controversy via his Twitter account. In the recent Pichanaki protests against Argentine energy company Pluspetrol, Urresti asserted the police did not carry guns despite one dead and 32 injured from bullet wounds.