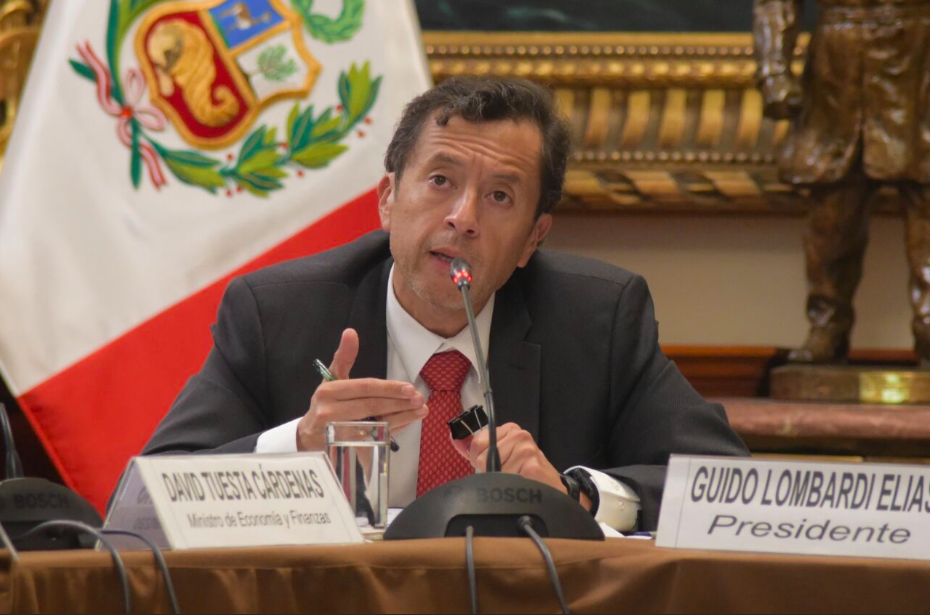 Peru’s Economic and Finance Minister David Tuesta resigned Monday on the eve of a planned protest from truck drivers concerned about rising rates of fuels from taxes.

President Martín Vizcarra confirmed the resignation in an official statement that was televised late Monday night.

“We have accepted the resignation offered up by the Finance Minister, who we recognize for his achievements in this post and we deeply appreciate his commitment and the service offered up to the country in these months of hard work,” Vizcarra said.

Vizcarra said he and Tuesta disagreed on key tax policy as the new president does not want to raise taxes, but reform collection. The President said he intends to collect taxes from a set of large corporations that the government has already highlighted.

Tuesta had said he wanted to bring up excise taxes on diesel and other fuels as climbing oil prices globally have already caused panic for motorists.

He added in his Monday address to the nation that the economy is slowly starting to grow again, but that Peru needs continued investment from both private and public sectors.

Coinciding with the announcement on Monday was news that truck and bus drivers would no longer protest, leading many to believe Tuesta’s resignation was part of the deal between the angry motorists and the government.

This is the first cabinet upheaval since Vizcarra took over as president for Pedro Pablo Kuczynski in March.

In Brazil, the rising diesel rates led to crippling protests from lorry drivers in recent weeks. The situation there got so ugly that Brazilian President Michel Temer had police forcibly remove some protestors.