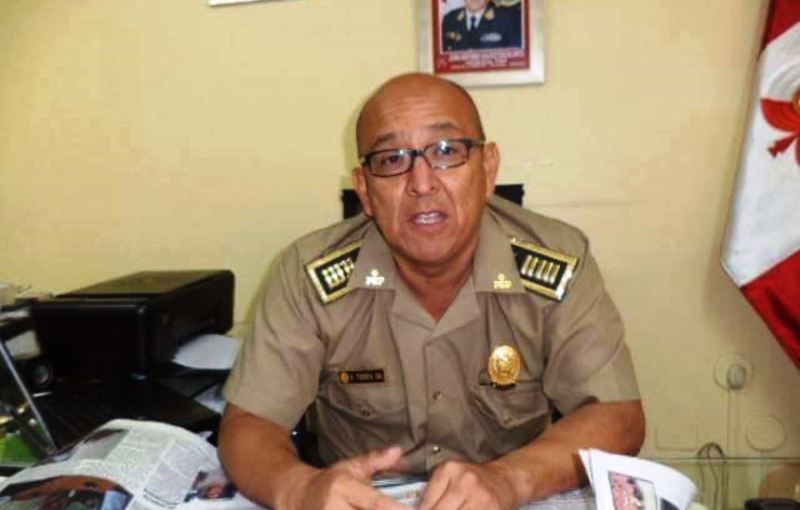 Peru police arrested Nuevo Chimbote police chief Freddy Tuesta in the northern state of Ancash with over 119 kilos of cocaine on Saturday.

The police chief of the Buenos Aires district in Nuevo Chimbote was pulled over by narcotics agents while driving the cocaine in suitcases to a beach in Casma province on Saturday night. Tuesta was arrested along with two other men from another car used in the transport.

Galvez said that Tuesta provided security for an international drug trafficking gang. Cocaine produced in Peru’s Alto Huallaga river valley is transported over the Andes mountains to Chimbote, where it is smuggled out of the fishing hub’s seaports.

“The Ancash coast is used as part of a drug corridor,” Ancash police general Juan Galvez told Chimbote en Linea. “The 119 kilograms of cocaine that was seized from the New Chimbote police chief was going to be taken by small boats from Tortugas beach into international waters, to be transferred to larger boats bound for Mexico.”

Peru 21 reports that Lima narcotics agents and the DEA obtained telephone recordings implicating Tuesta in drug trafficking. The agents had been following Tuesta for two weeks before arresting him on Saturday.

Tuesta will be discharged from Peru’s police force in a maximum of five days. He faces a minimum sentence of 25 years in prison.