Peru’s former soccer chief extradited to US, pleads not guilty 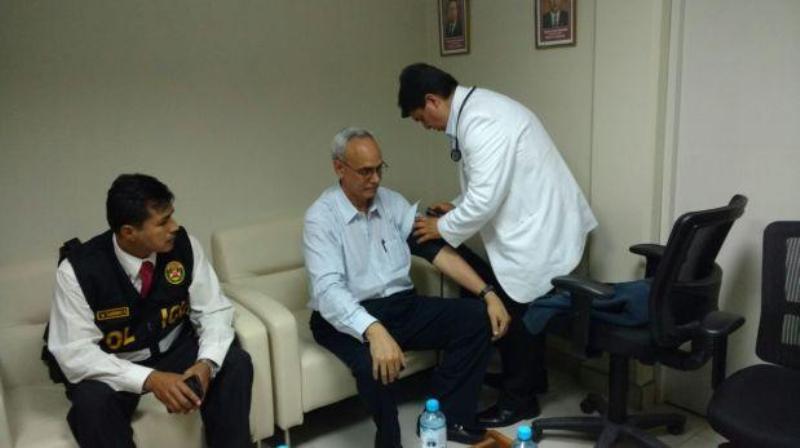 Manuel Burga, the former president of the Peruvian Soccer Federation (FPF), plead not guilty to corruption charges in a U.S. court after being extradited from Peru on Friday morning.

As the head of FPF from 2002 to 2014, Burga also served as a director of FIFA’s South American confederation, CONMEBOL. U.S. prosecutors say that Burga used that position to solicit millions of dollars in bribes for the rights to broadcast Copa Libertadores and Copa America tournaments as well as various friendly matches held in Peru.

Burga had lost an appeal against extradition in June, but he was finally cleared for extradition this week when Peru’s supreme court rejected his request for habeas corpus. President Pedro Pablo Kuczynski signed a decree authorizing his extradition on Nov. 24, and he was flown to New York early Friday morning.

“The supreme court has the power to declare emergency cases so that there is a final substantive pronouncement,” Burga’s lawyer wrote in a notarized letter sent to each Cabinet minister in Kuczynski’s government. “I have always said that our defense strategy is not that Manuel Burga will not go to the United States. He knows that even if he beats extradition from Peru, he will not be hostage in Peru. He will go to the United States but under appropriate conditions.”

U.S. prosecutors are seeking 20 years in prison for Burga on charges including racketeering, conspiracy, wire fraud and money laundering. Burga has plead not guilty.

Burga was indicted in the United States as part of the 2015 corruption probe into FIFA, sometimes called “FIFAgate.” Burga is one of 42 defendants in a corruption scheme which saw hundreds of millions of dollars exchanged for broadcasting and endorsement rights.

In South America, Burga and his counterparts in  Colombia, Ecuador, Venezuela, Bolivia and Paraguay colluded to wrest control over kickbacks from Brazil and Argentina.

Colombia’s Luis Bedoya plead guilty last year and will be sentenced next June. Last month Venezuela’s former soccer chief, Rafael Esquivel, plead guilty to racketeering and agreed to forfeit $16 million. Both are believed to be cooperating with investigators.

Also last month, Ecuador’s former soccer chief Luis Chiriboga was convicted of corruption charges by a court in Ecuador, which does not extradite its citizens to the United States. Bolivia’s Carlos Chavez and Paraguay’s Juan Napout have both plead not guilty.

Brazil’s Jose Maria Marin agreed to be extradited from Switzerland to the U.S., where he awaits trial under house arrest since last year.