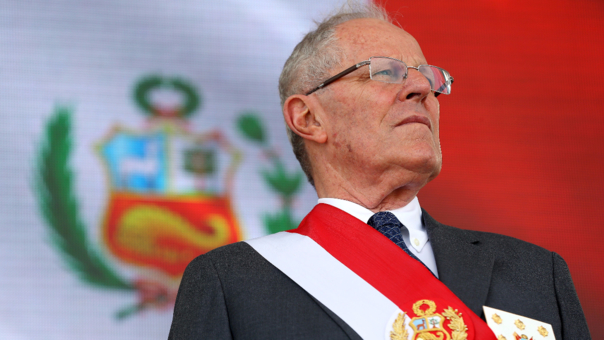 In lieu of waiting for Thursday’s impeachment vote, President Pedro Pablo Kuczynski announced Wednesday morning he will resign from his office by offering his resignation to Peru’s Senate.

Fellow politicians and political analysts in Peru predicted the resignation after Tuesday’s wave of allegations against Kuczynski accused his supporters of trying to buy Congressional votes to avoid impeachment. Audio and video recordings that were in possession of the opposition party appeared to show representatives and supporters offering monetary bribes in the form public works projects to lawmakers in exchange for a negative vote on impeachment.

The opposition party Popular Force was successful in bringing up a second impeachment vote against the President known commonly by his initials PPK after a December motion failed to oust the former Wall Street Banker.

Kuczynski has been tied to the wide-sweeping Odebrecht scandal after testimony from a former executive of the tainted Brazilian firm said he contributed money to Kuczynski’s 2011 election campaign. The President had also previously admitted of working as an advisor on a special project with the company.

His approval rating has been measured as low as 19 percent recently as most Peruvians polled said they have grown tired of constant scandals, which ultimately led Kuczynski to bow out after just 19 months in office.

First Vice President Martin Vizcarra has reportedly told those around him that he will choose to succeed Kuczynski, according to a Reuters report, and will not require that special elections are called to decide the next president.

Kuczynski is set to speak at 2:30 p.m. Peruvian time and Peru Reports will update this breaking news story with quotes from the now former President.

In a televised speech to the Peruvian people, Kuczynski officially resigned from his post Wednesday afternoon.

“In the face of this situation that makes me look guilty for things I have not done, I think it’s now the time to announce my resignation from the presidency,” he said.

Kucyznski denied any involvement with the latest scandals tied to his name while placing blame on the opposition party for the “constant attacks” against him.

“The ongoing political situation has made this country ungovernable,” he said.

Additionally, he called the video and audio recordings of supporters trying to buy votes against his impeachment “selectively edited.”

“I don’t want for my country or my family to keep suffering from the current uncertainty,” Kuczynski said.

Kuczynski put the resignation letter he submitted to Congress on his Twitter account immediately following his televised speech.

Who is Martín Vizcarra? Meet the man in line to be Peru’s new president