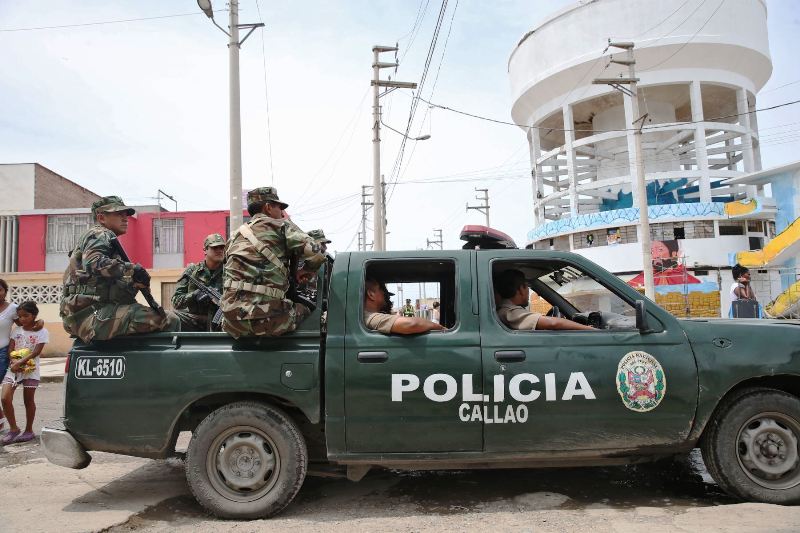 In one of his new government’s first official acts, Kuczynski on Saturday decreed the fifth extension of a legal state of emergency which was set to expire on July 31. The state of emergency suspends constitutional rights in Callao, a separate administrative province of metropolitan Lima which is home to Peru’s largest seaport and the Lima international airport.

President Ollanta Humala first declared 60 days of martial law in December 2015, which has now been extended five times for a total of nine months. The area is home to turf wars between drug traffickers battling for control over the port of Callao as well as extortion gangs and widespread street crime.

“The first measure we will take is to look at how we can to improve citizen security in the short term,” Kuczynski told reporters. “[But martial law] brings more police to Callao and reduces the number of police in other areas, and that is not a sustainable situation in the long term.”

Kuczynski’s new interior minister, Carlos Basombrio, said on RPP that his department would immediately begin tackling crime with tough new measures in the government’s first two weeks. He echoed the president’s sentiment that martial law is not an ideal solution.

“The port of Callao is a magnet for drug trafficking. So we will implement concrete measures for the first three months to hinder the entry of ‘pregnant’ containers into the port,” Basombria said in reference to shipping containers smuggling cocaine destined for export. Basombrio added that drug trafficking is the chief driver of crime in Callao, where 70% of Peru’s cocaine leaves the country.

“[Callao] is one of the most difficult areas in the country. To tackle organized crime we will execute Plan Callao in the coming months, which will go after several sectors with a heavy hand.”

Basombrio said that the government will implement tough measures nationwide in the next two weeks, and the efforts will show “light at the end of the tunnel” to Peru’s population.

Basombrio said in an interview with La Republica that some measures would look to root out corruption in Peru’s national police force. He also said the amount of paperwork must be reduced in order to send more officers into the streets and the top-heavy management hierarchy slimmed to organize a more efficient force. The interior minister said that police training would be reduced from 25 academies nationwide, which he likened to “provincial universities,” to four or five high-quality academies.

“People will receive a very clear message that we are in charge,” Basombrio told La Republica. “We are working and there is light at the end of the tunnel. But we are still in the tunnel and we can’t get out of it overnight.”