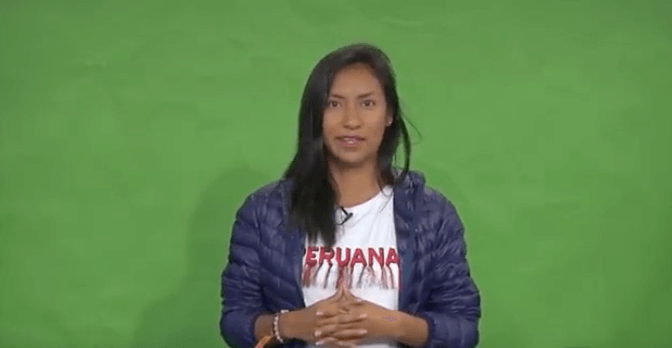 Peruvian businesswoman Giuliana Huamán just received a major recognition from one of the world’s best universities.

As the creator of the female entrepreneurship documentary and startup Empoderatec, Huamán brought an already impressive resume with her to the Massachusetts Institute of Technology (MIT) Innovation and Entrepreneurship Bootcamp that was held in Rio de Janeiro, Brazil. Huamán won the first place prize at the bootcamp for best project in the innovation competition.

“Peru, I dedicate this award to you, my family, my teachers, and all the people whose support have allowed me to be here,” Huaman wrote on Facebook.

A former student at the Founder Institute in Lima and graduate of Administrative Sciences at Lima’s Universidad Nacional Mayor de San Marcos, Huamán is making it her focus to help female developers and startup creators get off the ground in Peru. “I think this opportunity can open many doors to change the world for all of us Peruvians, and help millions of people, (mainly) women,” she wrote on an Indiegogo fundraising account when she was trying to raise money to travel to the MIT bootcamp.

According to a recent Peru Reports story on female-led startups in the region, just 14 percent of startups in Latin America are founded by women.

“This has nothing to do with the capability of the women, it has to do with society’s expectations of them,” Gabriela Rocha of the startup Laboratoria told us. “More than a lack of self-confidence, I think that society is constantly sending us signals, saying that this isn’t for you, so you need a ridiculous amount of self-belief to do those things.”

In September, Peru’s startups will be on display at the second annual Peru Venture Capital Conference in Lima.

A video that Huamán uploaded to her Facebook upon receiving her award is below in Spanish: