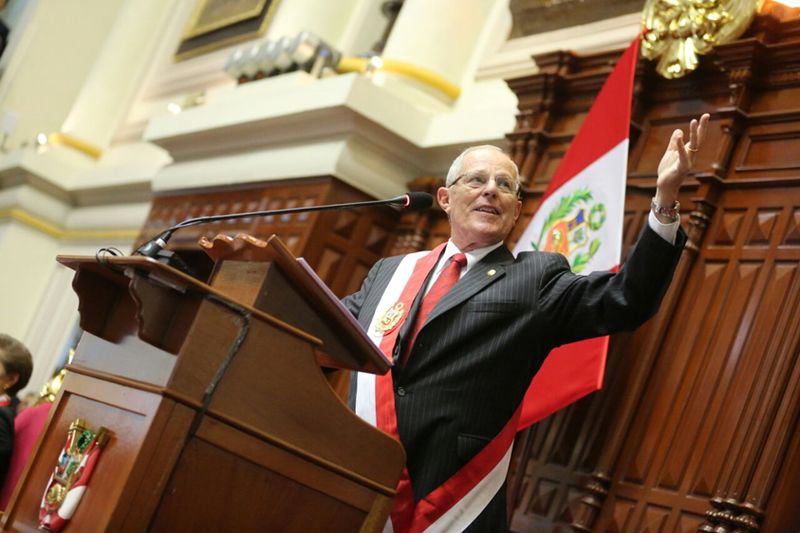 After a former Odebrecht executive told investigators recently that the scandal-ridden company donated money to President Pedro Pablo Kuczynski’s 2011 election campaign, the leader of Peru took to the airwaves Sunday to deny he received such a payment.

The reported comments came from Jorge Barata, a one-time executive for the Brazilian engineering conglomerate that has been charged with the widescale bribing of politicians across Latin America. Barata told investigators that more than $300,000 USD was given to the President’s campaign on behalf of Odebrecht, according to Peru’s El Comercio.

The president was interviewed Sunday on the “Ama Lulla” program on TV Perú to address the most recent allegations made by Barata.

“I have never said that he lied,” Kuczynski said of Barata during the television interview. “What I’ve said is that I never received $300,000.”

He added in that same interview that the government will be conducting an investigation into his 2011 electoral campaign to see if there was any wrongdoing. The President said he wants the process to be as efficient as possible to rely on the law and avoid both sides slinging accusations at each other.

“An efficient collaborating process is something that has to be very well controlled, because if it is not then this is going to become guerrilla warfare,” Kuczynski said.

Following multiple denials of any connection to the Brazilian conglomerate, Kuczynski admitted in December that he worked on one of Odebrecht’s irrigation project as a financial advisor.

Representatives from Odebrecht have admitted to United States investigators that they paid more than $30 million USD in bribes to secure contracts in Peru. Two former presidents, Alejandro Toledo and Ollanta Humala, have also been implicated in the scandal.

Peru is now in the process of suing the company and reportedly wants $1 billion USD in compensation.

The latest allegations against Kuczynski were first reported on Peruvian local television when a lawyer for opposition leader Keiko Fujimori shared news of the accusation. Fujimori lost both the 2011 and 2016 election runoffs, the second going in Kuczynski’s favor.

Proposed reserves will protect Peru’s indigenous tribes in the Amazon