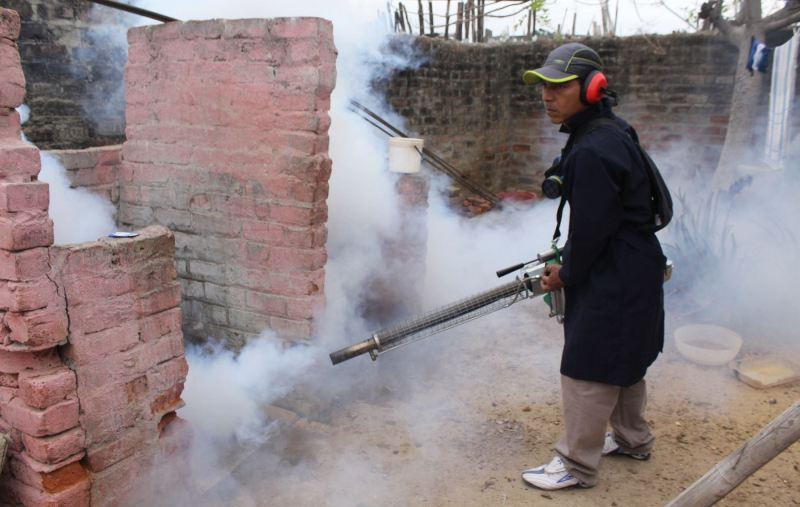 Health authorities in Piura are encountering local resistance to fumigation efforts during a widening epidemic of dengue fever.

The national government declared a 90-day state of emergency in Piura state last April to combat a spike in dengue fever. At the time, the region had 1,100 confirmed dengue cases, two of which were fatal. Since April, Piura has seen 6,000 confirmed cases and 18 deaths.

Health ministry officials say that local residents are resisting fumigation. In a sweep of Piura’s downtown area, 9% of houses were locked and ultimately only 87% of homes fumigated.

“If only one house is not fumigated in the first phase of fumigation, in a zone considered at risk for having a high Aedes Index rating, this will become a reproduction center for new mosquitoes,” said an official charged with overseeing the health ministry’s plan to eradicate dengue fever in Piura.

The Aedes Index rating is based on the percentage of houses which test positive for larvae of the yellow fever mosquito (Aedes aegypti) which spreads dengue fever, chikungurunya and yellow fever.

Over 14,000 cases of the dengue virus have been reported throughout Peru this year with almost half coming from the Piura region. Peru’s health ministry has extended the state of emergency in Piura for 90 more days.

The dengue virus is transmitted by mosquitoes in tropical regions. If not detected and treated, dengue fever can be fatal. Most of Peru’s confirmed cases come from the northern departments of Piura, Tumbes and Loreto. Health workers have reported a growing number of cases in Lambayeque and La Libertad.